Bitcoin (BTC) prices fell below $6,000 for the first time since the end of June Tuesday, August 14, as the cryptocurrency community remains resilient.

Data from Cointelegraph’s price tracker and Coin360 depict a gloomy environment for traders Tuesday, with all major assets in the red as Bitcoin falls almost 5 percent in 24 hours. Top ten coins are seeing as much as 17 percent losses on the day, with top fifteen coins are down as much 20 percent over the same period.

At press time, BTC/USD traded just above the significant barrier around $6,100, capping weekly losses of 14 percent. 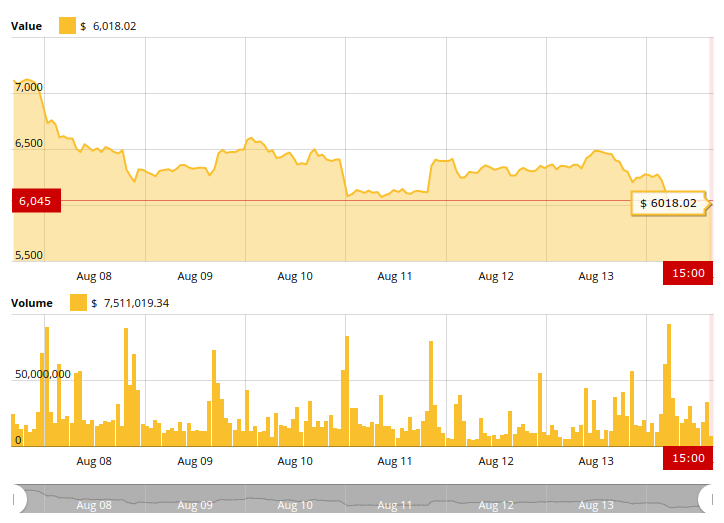 The pair has come full circle since mid-July, when a sudden bull market took over to bring prices to a peak around $8,450 across major exchanges.

The figures nonetheless set Bitcoin apart from altcoins, and specifically Ethereum (ETH), losses of which extend to 16 percent on the day and almost 35 percent on the week.

Over the past 30 days, ETH/USD has slipped almost 40 percent. 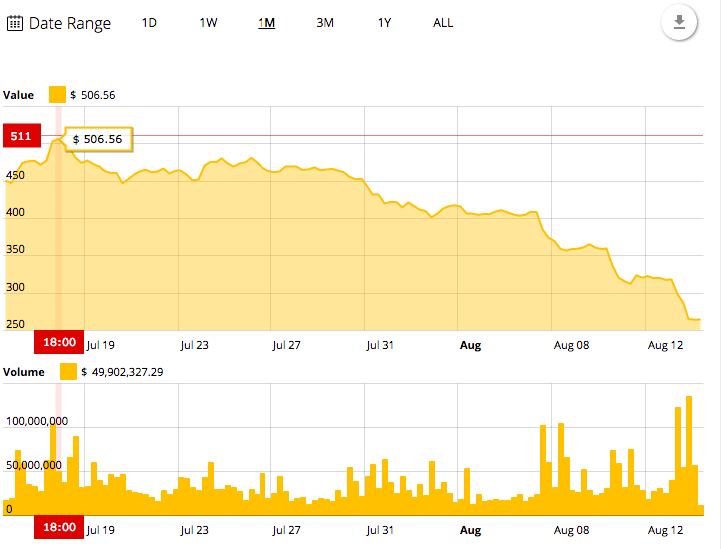 On social media, commentators were eyeing the knock-on effect Bitcoin prices volatility traditionally has on altcoin markets, producing higher moves both up and down in those assets.

As Bitcoin dominance –– or the percentage of total crypto market cap that is Bitcoin’s –– hits highs not seen since December 2017, Twitter analysts are similarly calling for a repeat of the altcoin bull market which began in the latter half of that month.

Higher Bitcoin market dominance, they claim, is apt to produce a U-turn in altcoins’ downtrend.

Elsewhere, other major assets have shed 10 to 15 percent of their value, these including Ripple (XRP), Litecoin (LTC),  EOS (EOS), and Cardano (ADA).