Data from Cointelegraph’s price tracker and Coin360 shows Bitcoin proving a safe haven against all but one of the top ten crypto assets, losing around 1.6 percent in the 24 hours to press time.

BTC/USD had grown over the past week to hit $6,783, before a correction saw prices return to match their position on September 27, trading now at around $6,478 by press time. 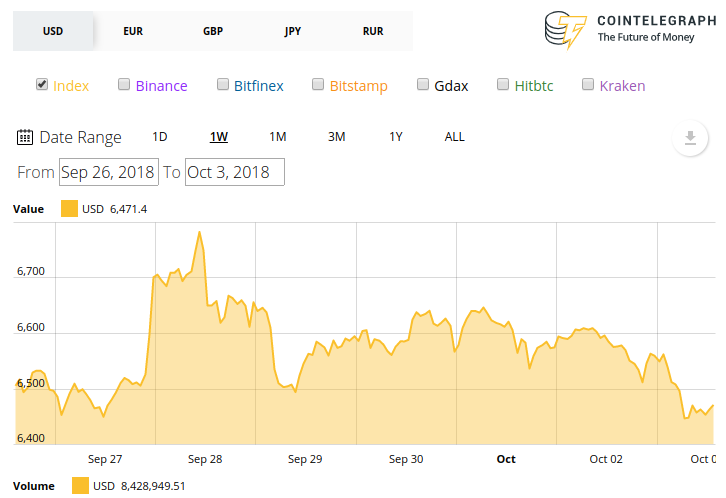 Analysis published October 1 gathered technical data to suggest that the largest cryptocurrency is “still overbought,” leaving room for further downside before its fortunes reverse for good.

“Tiger’s not a flake of an investor. These are smart, savvy guys,” he told CNBC on Wednesday.

Beyond Bitcoin, altcoin assets faced more testing times, with losses outpacing Bitcoin’s throughout the top ten cryptocurrencies listed on CoinMarketCap with the exception of Monero (XMR).

Ripple (XRP) led the rout, losing about 5.3 percent, followed by both Stellar (XLM) and Dash (DASH) down around 4.2 percent over a 24 hour period.

Ethereum (ETH), the largest altcoin by market cap, lost 3.8 percent to sit at around $220, still up 2.6 percent this week but against monthly losses of close to 24 percent. 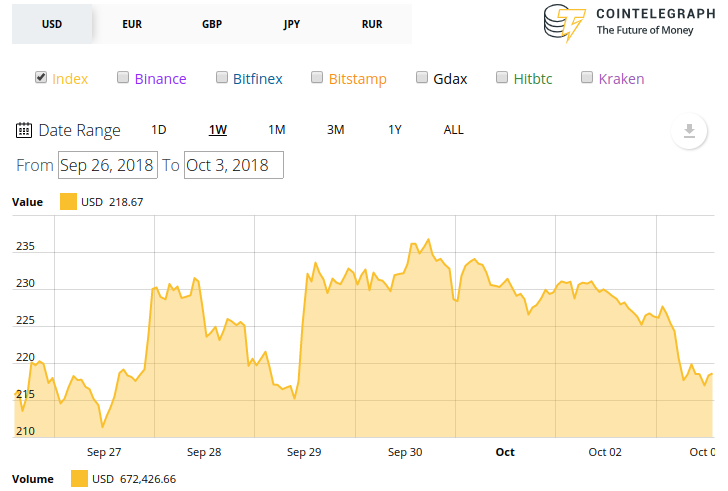