Since Bitcoin prices flirted with $20,000 at the end of the last year, there have been several corrections that have taken it below key support levels. But there’s one support level that seems to be holding well: $6000.

There are three explanations for that.

One of them is technical. $6000 represents a 70 percent decline from Bitcoin’s high of $20,000 in December 2017,” says  Ben Marks, CEO and Founder of  Blocktrade Capital. “Of the nine previous Bitcoin corrections that have ever occurred, the average retracement is 64 percent, and if you only look at corrections lasting longer than 50 days, the average retracement is 76 percent. Thus the 70 percent decline that $6,000 represents is right in line with historical figures.”

Then there’s phsychology. “I believe that when the Bitcoin price dips below $6,000 and into the $5,000 range it triggers something in traders and developers that spurs them into action and gets them collaboratively doing whatever is necessary not to let the price fall below $5,000,” adds Marks.

Chris Kline, co-founder and COO, Bitcoin IRA, agrees. “In my opinion, it’s not the $6,000 price that is critical. What’s critical is that Bitcoin remains stable within that price range. And it has: Bitcoin has held steady in the $6,000+ dollar range over the past few weeks.”

And there are fundamentals. Like the cost of resources that are being used to maintain and verify a cryptoasset, which determine the “intrinsic value.”

“The ‘iron’ price of Bitcoin is about $6,000 because the average hard cost of mining Bitcoin is just under $5,000 – with highs exceeding $15,000 in some countries, and a low of just over $500 in Venezuela,” says Shidan Gouran, Ceo and president of Global Blockchain Technologies. “The reason it hasn’t dropped to the hard cost just yet is likely due to a combination of continued price speculation – and a premium over the “spot” price, which is common in the trade of commodities.

For example, says Gouran, retail purchasers of gold will often pay up to 5% more than its spot price. “Of course, Bitcoin is much more volatile than gold, so it’s entirely plausible that the effects of speculation and spot price premiums can cause Bitcoin to have a value above its hard cost, bringing us to the $6,000 value that has been relatively consistent since June.”

To get a better insight into Bitcoin’s value my student Greg Giordano and I ran estimates of Haye’s econometric model. We found that Bitcoin’s current intrinsic value is $7608.48, not too far from the $6000 level.

Still, econometric estimates are subject to all sorts of theoretical and empirical limitations.

That’s why their findings should be interpreted with extreme caution.

[Ed. note: Investing in cryptocoins or tokens is highly speculative and the market is largely unregulated. Anyone considering it should be prepared to lose their entire investment. Disclosure: I don’t own any Bitcoin. Greg Giordano owns Bitcoins] 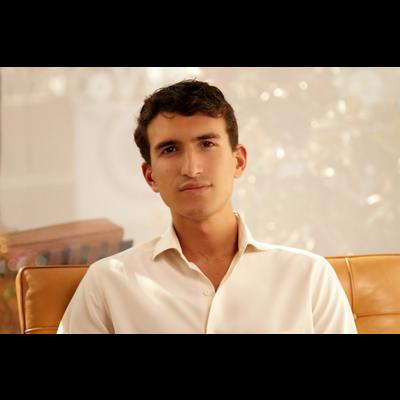