Tuesday, May 21 — most of the top 20 cryptocurrencies are reporting moderate gains on the day by press time, as bitcoin (BTC) approaches the $8,000 mark again. 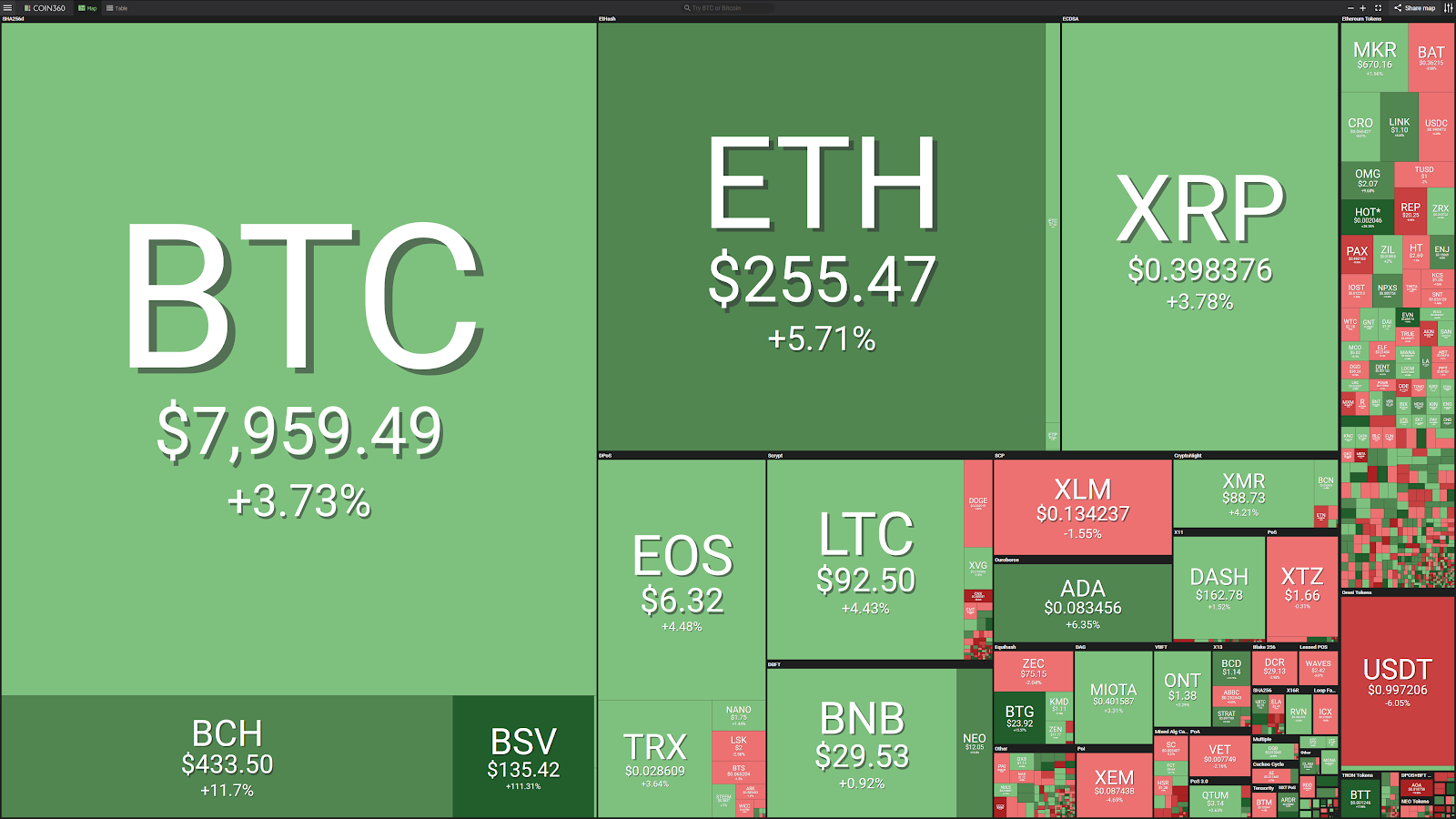 Bitcoin’s proximity to $8,000 comes as the United States Securities and Exchange Commission reported yesterday that they are “still in information-gathering mode” regarding a bitcoin exchange-traded fund (ETF) from VanEck.

Among the top 20 cryptocurrencies, the one reporting the most notable gains is bitcoin sv (BSV), which is up over 102% at press time.

Ether (ETH) is holding onto its position as the largest altcoin by market cap, which currently stands at $26.7 billion. The second-largest altcoin, XRP, has a market cap of $16.6 billion at press time.

CoinMarketCap data shows that ETH is up over 3.1% over the last 24 hours. At press time, ETH is trading around $253. On the week, the coin has also seen its value increase by over 18.5%.

At press time, the total market capitalization of all cryptocurrencies is $248.5 billion, over three percent higher than the value it reported a week ago.

Major oil futures and indexes are seeing mixed movements today, with WTI Crude down 0.13%, Brent Crude up 0.08% and Mars US up 0.13% at press time. The OPEC Basket is down 0.06% and the Canadian Crude Index has seen its value gain 0.6% by press time, according to OilPrices.