The BTC/USD is trading at the $6,000 handle, a third of the peak value in December 2017 but far above the prices of most of last year. Apart from the price swings, other things have happened that indicate to a maturing market.

The movements in Bitcoin are more extreme than in stocks and certainly than those in fiat currencies. We also see the occasional flash crash. Nevertheless, volatility is lower than it used to be. This may be unexciting for traders looking for the immediate action, but it has a role in making cryptos a more attractive.

A currency with high volatility makes it useless for daily transactions. It is hard to buy a pizza or any other product if the value changes so rapidly.

With the increased adoption of Bitcoin as a means of payment, its value is set to rise. With low volatility, the advance in prices may be slow, but more consistent.

Data from Google Trends shows that interest in Bitcoin is down to levels last seen around 18 months ago. It is far off the peak seen around the turn of the year. The rapid decline may imply less money flowing into the digital currency.

There is another way of looking at it.

Despite volatility returning to the lowest levels since April 2017, prices are far above that level. The rise and fall still left Bitcoin stronger than it was back then. The cryptocurrency has more support by heavyweights and less support by the broader public.

And once the public gets back in, prices could rise again.

Getting the broader audience back into trading cryptos requires facilitating the access to cryptos. Starting a wallet, signing up to exchange, worrying about security, etc. make the process cumbersome for many mainstream investors. Investing in cryptos via an accessible and well-established financial instrument such as an Exchange Traded Fund (ETF) will undoubtedly help.

The SEC has not approved a single ETF for Bitcoin. The requests have either been delayed or rejected outright. Nevertheless, companies big and small are still making an effort to win such approval. Eventually, the levee will break and the SEC will provide its first seal of approval. A Bitcoin ETF will likely be available only for a fund that backs its buys by the real thing: Bitcoin and not futures on the digital coin.

The price of BTC/USD peaked just around the launch of the Chicago Mercantile Exchange’s (CME) futures on Bitcoin. The move came after a similar product was launched by the CBOE. Other follow. Around ten months have passed since the introduction of futures by the all-important firm, and the market is functioning quite well.

Many investors that buy Bitcoin want to hedge their bets and secure themselves by purchasing a Short option. So far, this market is operating smoothly, another sign that Bitcoin is coming of age. 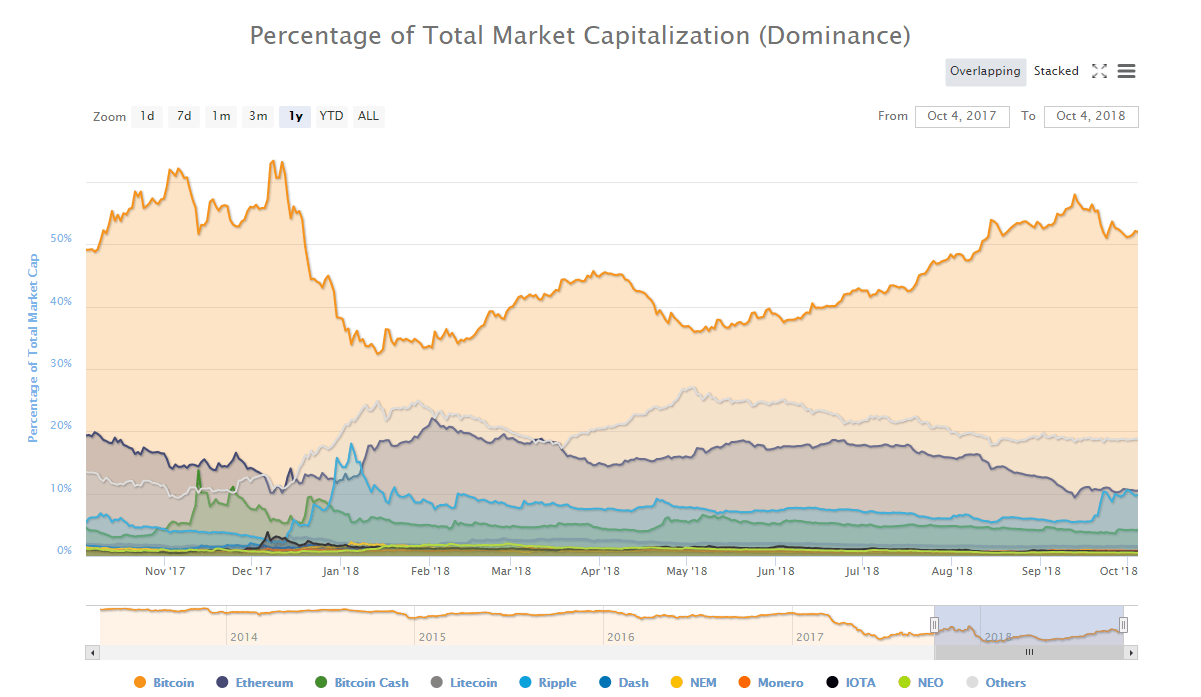 The market capitalization of Bitcoin is around $114 billion at the time of writing. It is worth more than five times the value of its Ethereumwith $22 billion and Ripple with $21 billion.

Moreover, Bitcoin dominance is back above 50% after long months in which the value of Bitcoin was lower than the accumulated value of all its competitors. This places the grandaddy of cryptocurrencies above all the rest, ending doubts about which digital coin is ready for prime time.