A look at recent price action in cryptocurrencies

Since
the middle of May and ever since the price of Bitcoin did not test the major
resistance level of $10,000 the crypto market has been on a steady downward
spiral. The large majority of tokens and small cryptos have been following the
price trends of both bitcoin and Ethereum.

On
both the up and down of it, the price movements of tokens have gotten more
intense, recording bigger drops than bitcoin during the minor corrections of
the market. On May 25, it seemed that the Bitcoin price would most probably
fall under the $6,000 level and test $5,500 to $5,700 in terms of a long-term
support level.

In
prior reports, there have been observations that the $6,500 mark is an important
resistance level which Bitcoin has been able to gain momentum from since the
early part of January. Here we take a lot at the markets so that you have the
info you need to trade Bitcoin and other cryptocurrencies.

Earlier in the day,
May 30, the price of Bitcoin rose to $7,512, having bounced off a recent low
for the month. Despite the newly formed confidence in the market, it is still
too soon to tell of the start of the beginning of a new bull market.

There
were significant falls in ETH price below the $590 level against the US Dollar.
The price fell sharply and broke several vital supports such as $560, $545 and
$540 respectively. It tested the $500-510 support area where the buyers finally
appeared. However, the price is now trading above the $555 pivot level and the 100-hourly
simple moving average, at $569. 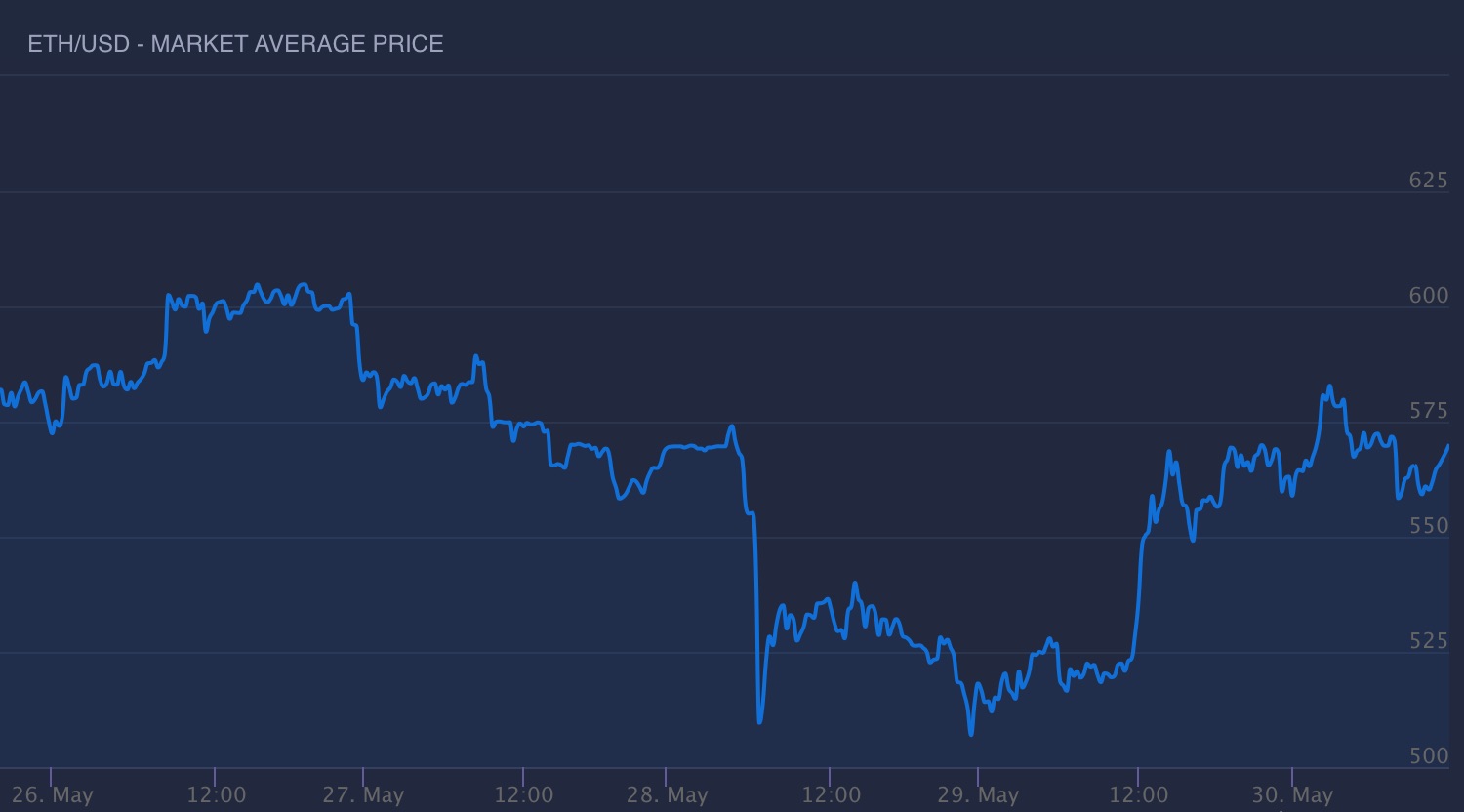 In
the previous week, Litecoin to US Dollar was trading above the price of
$100 all week. The price of Litecoin has a bearish tendency – the asset fell
from the high of $138.49 to the low of $120.83. On May 23rd the price of
Litecoin had a bearish breakout that even broke the support level at $130.

It
was assumed that if the price broke the support level at $130, the asset would
fall to the low of $115. At moment, Litecoin is trading at $121.7 as at the
time of writing. 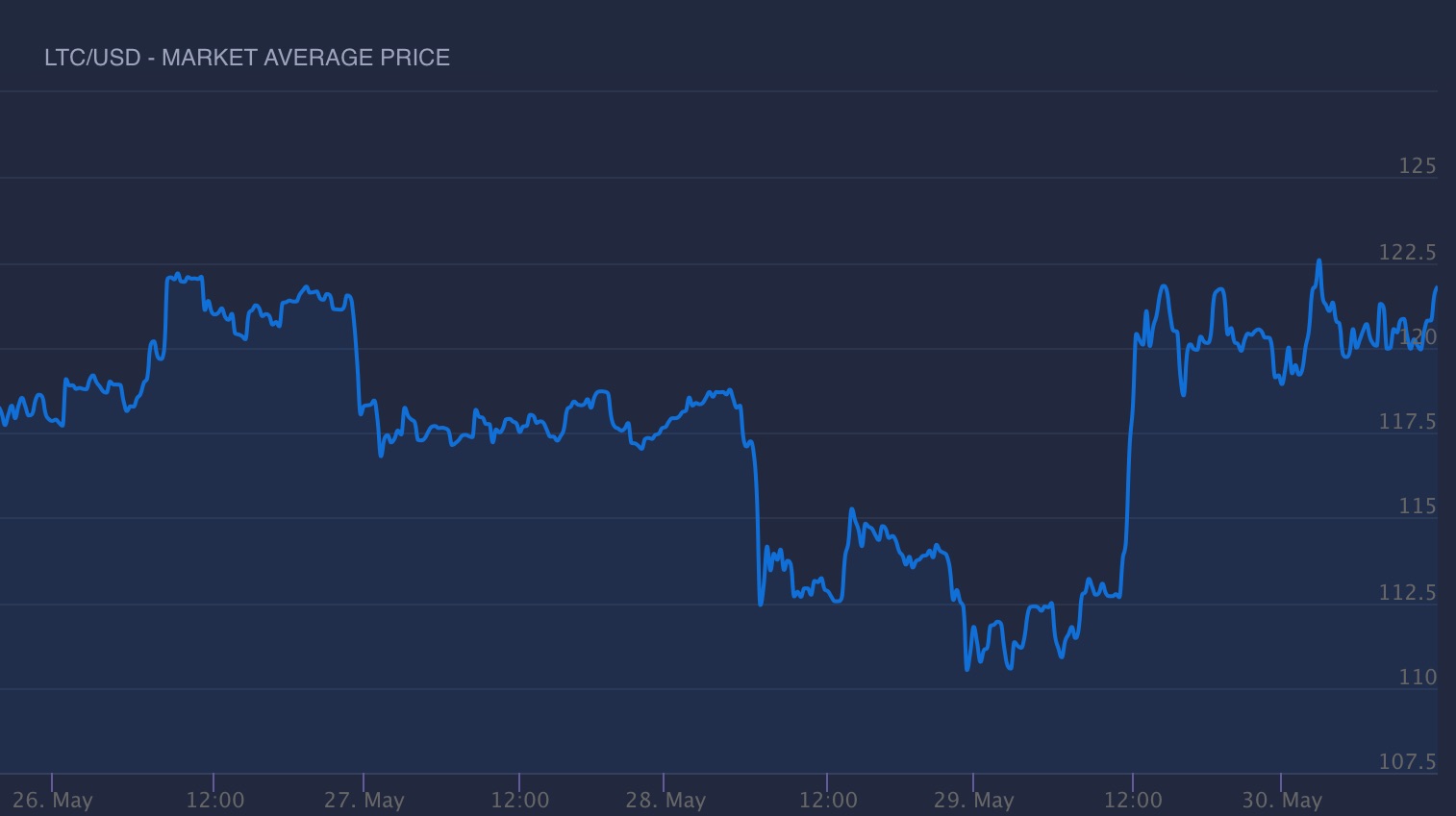 There
was no saving grace for buyers as Ripple price fell further near the $0.5400
level against the US Dollar. The price settled at under the $0.5900 and $0.5800
support levels, resulting in a big move downwards. It even traded further below
the $0.5500 level and a low was formed at $0.5453. At the moment, the price is
slowly recovering and moving to bigger levels above $0.6133. 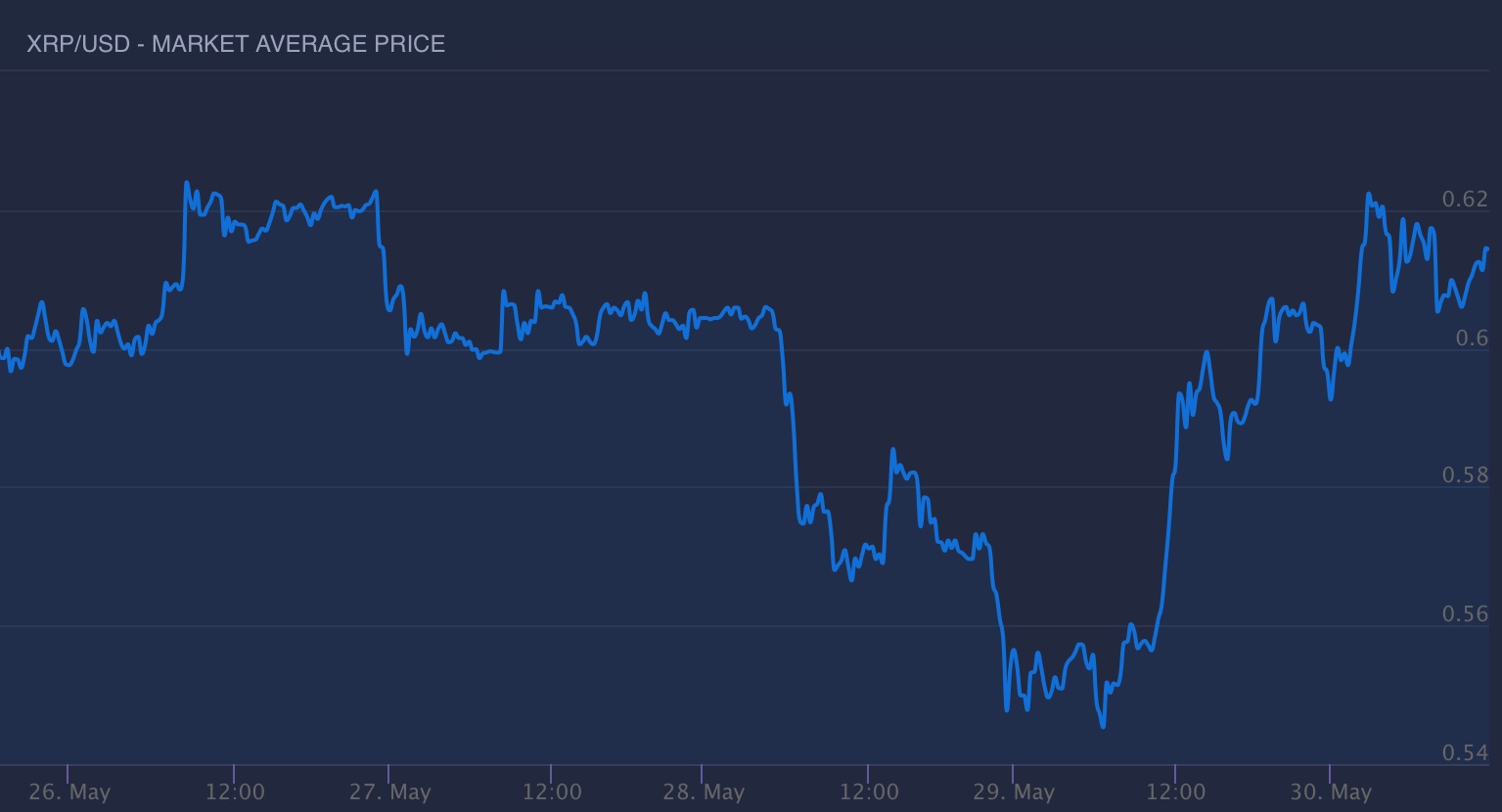