Friday, June 14 — Most of the top 20 cryptocurrencies are reporting moderate growth on the day by press time, as bitcoin (BTC) crossed the $9,200 mark. 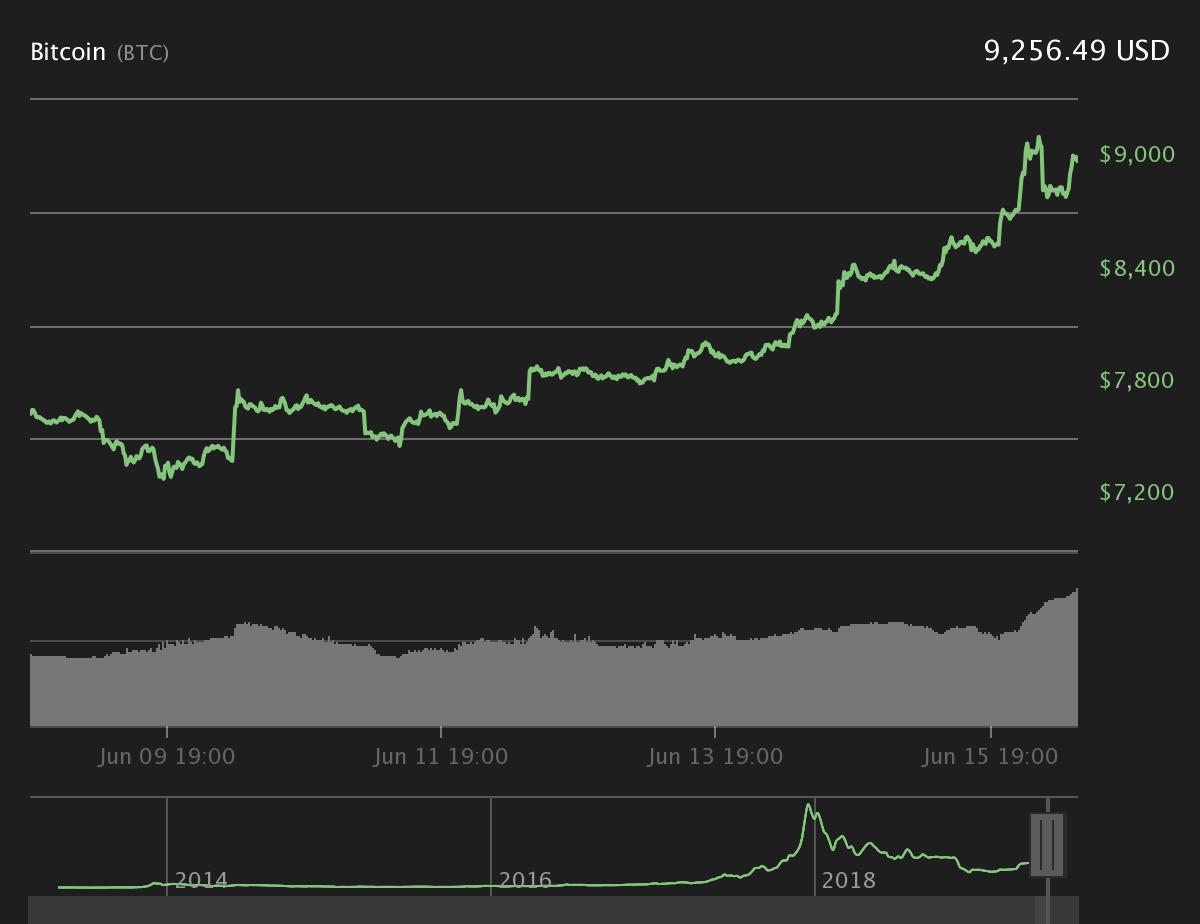 Ether (ETH) is holding onto its position as the largest altcoin by market cap, which currently stands at just over $29 billion. The second-largest altcoin, Ripple’s XRP, has a market cap of $17.6 billion at press time. 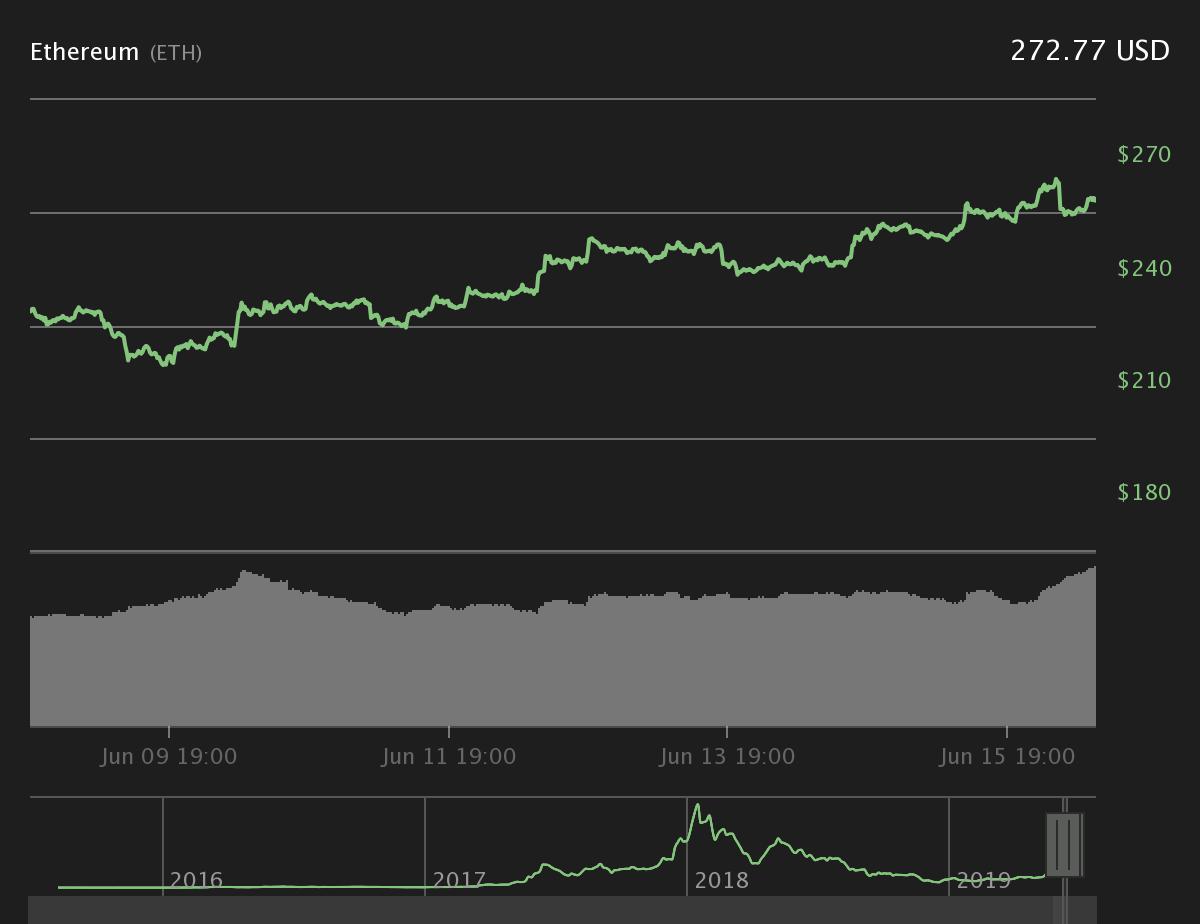 Earlier this week, news broke that the Google Cloud team has integrated Chainlink’s oracle middleware with its BigQuery enterprise cloud data warehouse, allowing for an on-chain and cloud-based interaction with Ethereum decentralized applications and smart contracts. 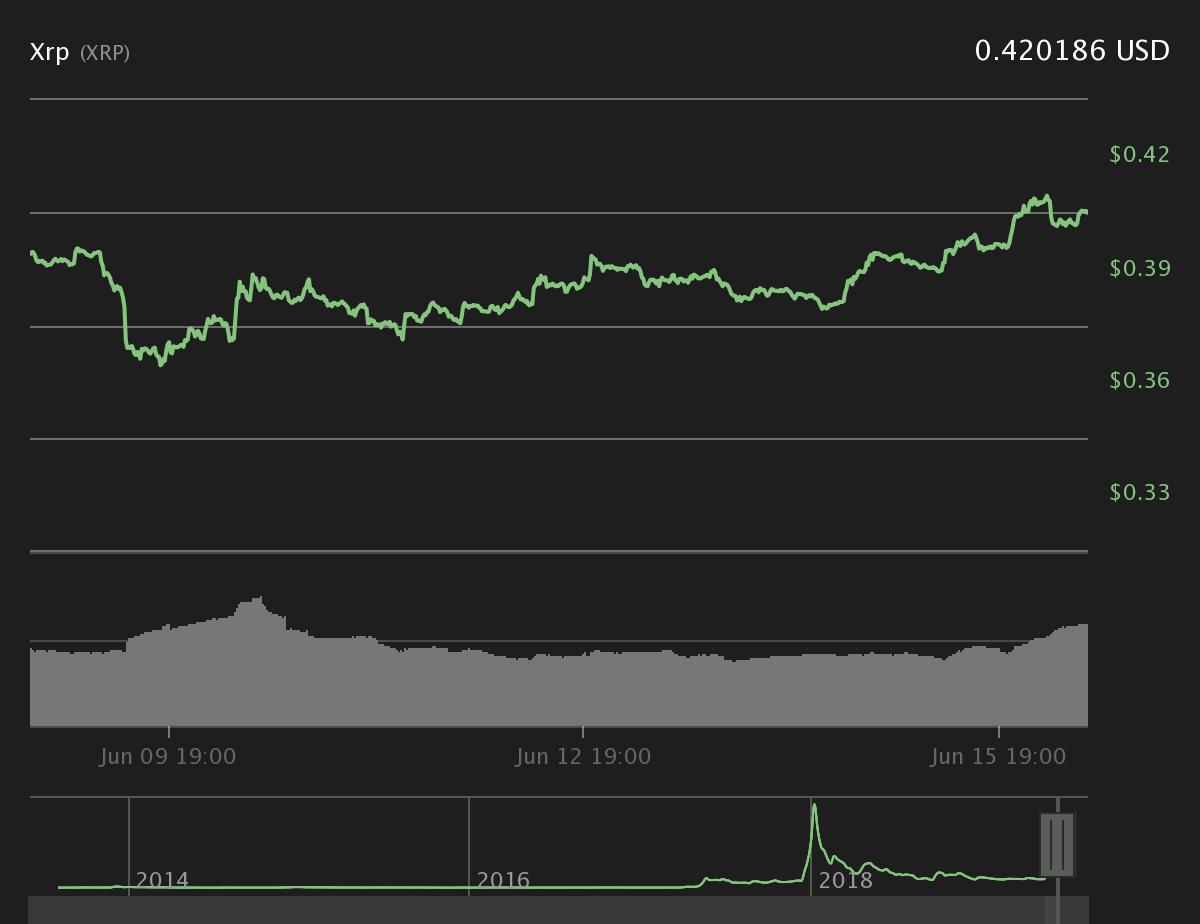 Among the top 20 cryptocurrencies, litecoin (LTC) and binance coin (BNB) are reporting minimal losses, down 0.06% and 0.50% respectively.

At press time, the total market capitalization of all cryptocurrencies is $286 billion, over 12% higher than the value it reported a week ago.

As Cointelegraph reported yesterday, it is rumored that social media giant Facebook will unveil the Libra Association — which will operate its bespoke cryptocurrency Libra — on June 18.