During the first seven months of 2018 the price of bitcoin collapsed 53%—a fall supposedly triggered by concerns over regulation, exchange hacks and a general slowdown in trading.

For most, the decline was a disaster, wrecking small fortunes invested in the burgeoning cryptocurrency market.

For others, the plunge since December 2017 triggered a windfall, conveniently coinciding with the creation of the first mainstream methods of betting against bitcoin. 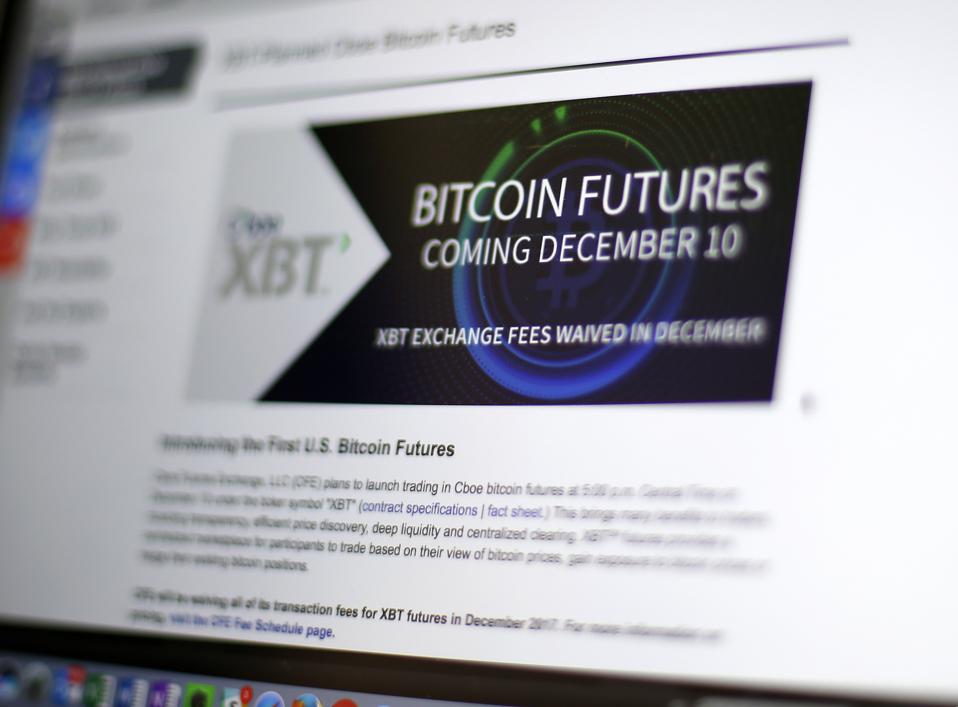 The dawn of crypto short-selling

Until recently it wasn’t easy to bet against bitcoin—if you thought a cryptocurrency was overvalued your only option was to sell what you held.

Bitcoin futures meant that critics could, for the first time, bet on a bitcoin price decline, buying and selling contracts with a lower delivery price in the future than the price today.

The advantage for larger financial institutions is that these futures markets also don’t rely on them having to get involved in the messy business of actually buying, holding and selling cryptocurrencies.

Some have even connected the arrival of this shorting opportunity to the subsequent decline in bitcoin’s price since Christmas.

“The new investment opportunity led to a fall in demand in the spot bitcoin market and therefore a drop in price. With falling prices, pessimists started to make money on their bets, fueling further short-selling and further downward pressure on prices,” wrote the Federal Reserve Bank of San Francisco earlier this summer.

At the start of July CME’s daily volumes of bitcoin futures spiked at 6,789 contracts. That’s $224m of bets on the future price of bitcoin in just one day.

It’s good to be short

Short-selling gets a bad rap—especially in equities, where short-sellers are often seen as betting markets will fall, companies will fail and jobs will be lost.

But ultimately, shorting is a core check and balance against the overoptimism in any market.

“Shorting is one part of the creeping legitimization of bitcoin—we’re getting access to proper financial products,” Simon Taylor, cofounder of fintech consultancy 11:FS, told Forbes.

In its note entitled “How Futures Trading Changed Bitcoin Prices” the Federal Reserve Bank of San Francisco detailed how short-selling would ultimately have a positive impact on the price of bitcoin by diminishing the “speculative dynamics” of crypto, while promoting its “transactional benefits.”

And that’s good news, because the ways of shorting crypto are continuing to grow.

It should be noted that shorting comes with huge risk, unlike buying a bitcoin where potential losses are capped at the value you buy in at. With a short, traders can be left on the hook for many times their original position if prices rise. 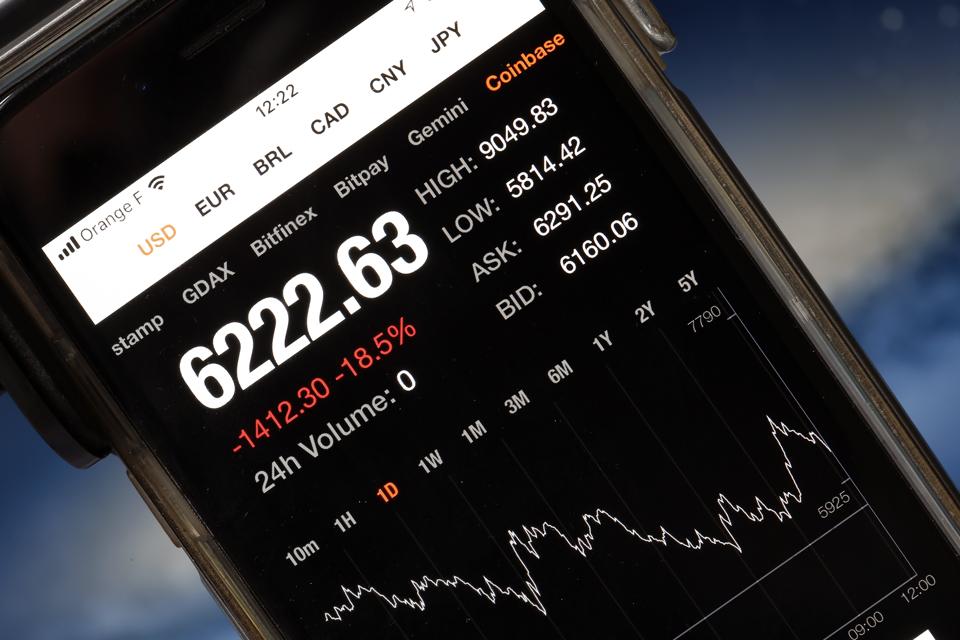 As the price of Bitcoin has fallen, the options to short-sell are growing. Credit: Chesnot/Getty Images.

One of the most popular and riskier ways to short bitcoin or any cryptocurrency is known as a margin trade.

There are a number of exchanges that allow margin trading, which lets traders borrow additional bitcoin for a trade.

In this case of a short, the seller could borrow additional bitcoin to sell, using their own funds as collateral, and then buy back the bitcoin from the market in the future to repay the loan (hopefully when the price of bitcoin has fallen).

“These kinds of trading patterns exist in the professional trading world. And so there absolutely is a place, we think, in the cryptocurrency space, to have had that kind of functionality,” said Josh Goodbody, general counsel for Huobi UK, a crypto exchange that offers margin trading for its 30 million users.

Another common way of shorting bitcoin is through CFDs.

CFDs are a financial instrument that forms a contract between a buyer and seller, in which each agrees to pay the other any rise or fall in the price of an asset by a certain date.

There are several publicly listed tracker funds that now specialize in bitcoin.

Names like Bitcoin Tracker One on the Nasdaq exchange in Stockholm or Grayscale’s Bitcoin Investment Trust are essentially bitcoin vehicles, which you can short like you would any equity.

They rose in prominence as a way of shorting after Andrew Left, a noted short-seller in the U.S., used them to bet against bitcoin in December.

The future of shorting?

It might sound like there is now a whole host of options to bet against Bitcoin, but, for some, we’re only getting started.

“The bottom line is that I think the tools haven’t existed yet [for traders] to be able to execute all of their opinions. Shorting is an important part of putting opinions or convictions into practice,” Steve Swain, the cofounder and CEO of LendingBlock, told Forbes.

LendingBlock is hoping to capitalize on the booming interest in shorting crypto by creating a marketplace for larger financial institutions to borrow and lend cryptocurrencies, with exchanges governed by smart contracts on the blockchain.

“We’re trying to re-create the equivalent of securities lending, which is a massive and mature part of the financial ecosystem in conventional stocks and bonds, but for digital assets,” said Swain, who raised $10 million from an initial coin offering in April to fund LendingBlock’s growth.

LendingBlock already has pilots under way with Octagon Strategy, a crypto brokerage firm in Asia, Japan-based crypto exchange Coin, and Genesis trading, one of the big U.S. crypto brokerages.

As mentioned previously, there’s a huge risk in short-selling cryptocurrencies, but that’s not the only concern.

“The real challenge that concerns a lot of people is that the infrastructure is still very immature in the entire crypto space,” says Taylor from 11:FS.

One example is the lack of custody solutions for institutions to actually store bitcoin, although as we wrote earlier this week, companies like Ledger are working on solutions.

Another example is the difficulties in the CME and CBOE futures markets.

Both take bets on what the future price of bitcoin will be, and such futures bets are regulated by the Commodity Futures Trading Commission (CFTC) in the U.S., but where do they get today’s bitcoin price from to decide who’s won the bet?

“The futures market price is being set by the price at the spot markets on exchanges like Coinbase and Kraken,” says Taylor. “But there’s no regulator ensuring market or price manipulation isn’t happening on exchanges. So how do we know the spot price has credibility?”

For now, those kinds of questions, concerns and lack of regulation over how today’s “price” of bitcoin is decided are enough to dissuade many from betting against bitcoin, even as the market continues to fall.

UPDATE 2018-07-12 – Added details of the CFTC investigation into bitcoin futures.