FILE- In this  2018, file photo Wyoming state Rep. Tyler Lindholm, who was a lead proponent of several new laws that have made Wyoming friendly to the networked ledgering technology called blockchain, poses next to computer servers in an office building in Cheyenne, Wyo. Proponents say blockchain could be the kick in the pants Wyoming needs to attract tech businesses and diversify its economy beyond fossil fuels. (AP Photo/Mead Gruver, File)

Blockchain is clearly one of the hottest trend narratives of the business world today. From startups boasting innovative strategies leveraging variations on this ledger technology to legacy corporations feverishly partnering in order to develop competitive advantages, the blockchain sphere is exploding, with enterprise spending in the arena reported to reach $9.7 billion in just the next three years. But there are a few hidden factors that most in the space in the space are missing in order to truly be prepared to drive their business forward.

Indeed a number of such revelations were recently discussed during the New York date of the Enterprise Blockchain Forum where the blockchain arena was analyzed and dissected from new leaders in the space. The result is a laser-focus on how to truly discern the most appropriate way forward to take advantage of blockchain’s many wonders which include not only reducing costs for transactions but also reducing fraud, improving product and system security as well as increasing transparency on a number of levels.

An initial key point that emerged and should be tracked is that of scale as it intersects with blockchain.  Adam Levine, Content Director at Steemit, a noted blockchain player, wisely pointed out during the event that the discussion around blockchain and data amounts are going to be one of the most important areas to watch and for which to prepare.  Levine explains that the way in which blockchain is being discussed today, even just in terms of distribution efficiency, would mean adding a significant number of companies to a ledger. The complexity of such scale would literally freeze most blockchain operations as they exist today.  Thus a key takeaway is to understand that any current blockchain systems of today will simply not exist in their same form as activity ramps up and ramps up quickly.  Therefore future-proofing is already vital in this arena and not one which is actively discussed. 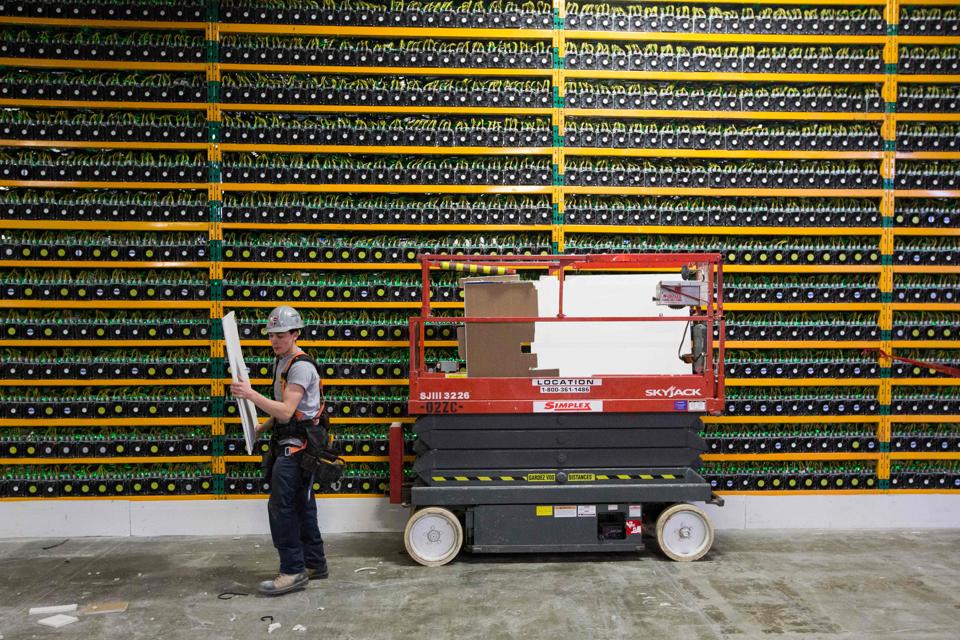 A construction worker inside  BitFarms in Saint Hyacinthe, Quebec, on March 19, 2018.  The system works based on the blockchain technology. / AFP PHOTO / Lars Hagberg (Photo credit should read LARS HAGBERG/AFP/Getty Images)

Another key area to consider is, quite simply, power. Who truly has it and who doesn’t, when it comes to blockchain.  Indeed, Levine suggests that the biggest winners in the space may actually not be those who we think.  At the heart of blockchain is the concept of decentralization which is the exact antithesis of most established companies today.  Thus the sheer mindset around such adoption will mean that they will lag in adoption and execution.  The companies of the future, Levine forecasts, will be those that are blockchain native and those that are currently somewhat underground because they are simply more nimble and with far fewer tech and corporate culture hang-ups than their senior counterparts in the space.  Truth be told, blockchain is not a simple technology to implement.   Seemingly those whose companies are founded right in the sector will have an easier time in developing true innovation since they are unencumbered by traditions of the past.  Thus, those in the shadows today who get it right will be those who overtake tomorrow. Identify and track them.

Finally, as well all know, the intersection of blockchain as it pertains to cryptocurrency is of high-interest. However, here’s something you might not know. There are some particularly interesting elements around the future staying-power of cryptocurrency as it pertains to trends around behavioral mindset and patterns that are important to insert into your business toolbox. Caitlin Long, a 22-year Wall Street veteran who also spoke during the conference believes that cryptocurrency is only going to become more entrenched primarily because it is covenant- and preference-free, unlike our traditional financial interactions.

She explained that people are more and more willing to give up such parameters in order to have a frictionless system where, for examples, trades settle in real-time, unlike those of the traditional space. Incumbents will become more and more at a loss to maintain relevancy if they are not able to c leverage blockchain in creating digital assets. Given that the current gatekeepers have no such technology platforms they could lose ground very, very quickly and, if so, create voids that completely disrupt business as we know it today. The takeaway? While much reporting takes places over the digital thefts, rollercoaster vacillations and more about crypto, what has remained somewhat hidden is the fact that 45% of IPOs in Q2 were ICOs demonstrating an astounding growth rate for something which is so very new.

Such numbers and surrounding cultural sentiment bears watching and tracking.

“These insights coupled with the fact that spending by enterprises and other entities on blockchain networks is expected to reach $2.1 billion this year, double of what was spent on the distributed ledger technology in 2017, is important to anyone in business today,” explains Leo Kangin, host of the Enterprise Blockchain Forum and blockchain enthusiast. “To have deep understanding around what is and will take place in the space, aside from the general hype, is of utmost importance to professionals involved in this sector right now who are planning for growth and success. Arm yourself with as much new information as possible.”