When you read the news that they put a baby on the blockchain, your reaction makes you one of two types of people. Either you think, Mon dieu, is there anything the magical fairy dust known as blockchain can’t solve? Or you think: Surely this is child abuse.

For the past few years, techies have frothed and proselytized over the potential salvation of blockchain, the tech behind cryptocurrencies like Bitcoin. So it’s hard to even know what babies and blockchain could even have to do with each other. Typically, outside of grifter circles, blockchain is associated with vaporware, shady fraudulent ICO’s, or solving things that aren’t suited at all for blockchain’s “distributed ledger” system. Oh, and largely solving things that aren’t even problems.

Rather than try and part the foolish with their actual money, for once the crypto craze might be doing some useful good — which is how a baby ended up on the blockchain. In this instance, the international organization AID:Tech is using the technology as a way to get charitable donations to their destinations: as in, getting soon-to-be moms in need funds for things like vitamins and medical care.

Of course, we think, why not just give it to already-established care orgs — why make a whole blockchain mess out of it? This is an extremely reasonable question, seldom asked in the presence of crypto-critters. AID:Tech is a medical aid project positioned to combat the huge problem of fraud in the world of charitable donations, and to help at-risk women with their medical information. And on July 13th, a baby was added to a blockchain ledger (a first). This was followed by two more births on the 19th.

The idea of grafting blockchain to charity was to prevent fraud — which seems ironic given cryptocurrency’s reputation. Founder Joseph Thompson told CIO in a March interview:

In 2009, I ran 151 miles in the Sahra Desert as part of the tough world marathon, the 6-day Marathon des Sables. For the race, I raised over $120k for a charity I trusted. But the funds did not go where they were intended to.

With this experience, I became a cynic and decided never to donate again. But I always wanted to solve this problem. In 2010, I then saw the potential of Blockchain for traceability, and then the United Nations included this goal as part of the SDGs [Sustainable Development Goals].

And so, in December 2015, hundreds of Syrian refugees at a camp in Lebanon took part in AID:Tech’s pilot program. The org partnered with the Irish Red Cross to give 500 digital credit cards to the refugees for use in a supermarket, each pre-loaded with $20 — in total, $10K was distributed to 100 Syrian refugee families.

“A traditional paper voucher system was simultaneously in place. These are problematic because fraudulent copies inevitably emerge,” wrote Irish Times. “Within a matter of hours, the same thing was attempted with the AID:Tech cards – perfect copies were being presented to shopkeepers but were useless once the QR code was scanned and showed the attempted transaction to be invalid.” A estimated total of 20 fraudulent cards were made, and all of the fakes failed. The Irish Red Cross monitored the transactions in real time.

It’s all about supply-chain tracking. Thompson said that after the success in Lebanon, “we have been working to deliver solutions in welfare distribution, international remittance, healthcare delivery, p2p donations … we have implemented projects in Ireland, where digital identities were provisioned to homeless women, as a means to transparently distribute welfare entitlements.”

Refreshingly, Thompson is aware of blockchain’s reputation as something often misapplied and inappropriate for many uses. “There is so much noise and putting it bluntly, a lot of nonsense in this space,” he said.

With blockchain baby, AID:Tech partnered with PharmAccess to get donations to pregnant women in Tanzania — and they use the blockchain ledger to track the women’s health progress. Sounds great, though the details feel potentially creepy — depending on the implementation, there are valid privacy questions for those on the receiving end of AID:Tech’s blockchain benevolence. “Every pregnant woman is provided with a digital ID, which tells anyone that accesses the platform that they need pregnancy vitamins,” explained press. “It also records the woman’s progress on the blockchain, logging every medical record from the first doctor’s appointment to the day the baby is born.” 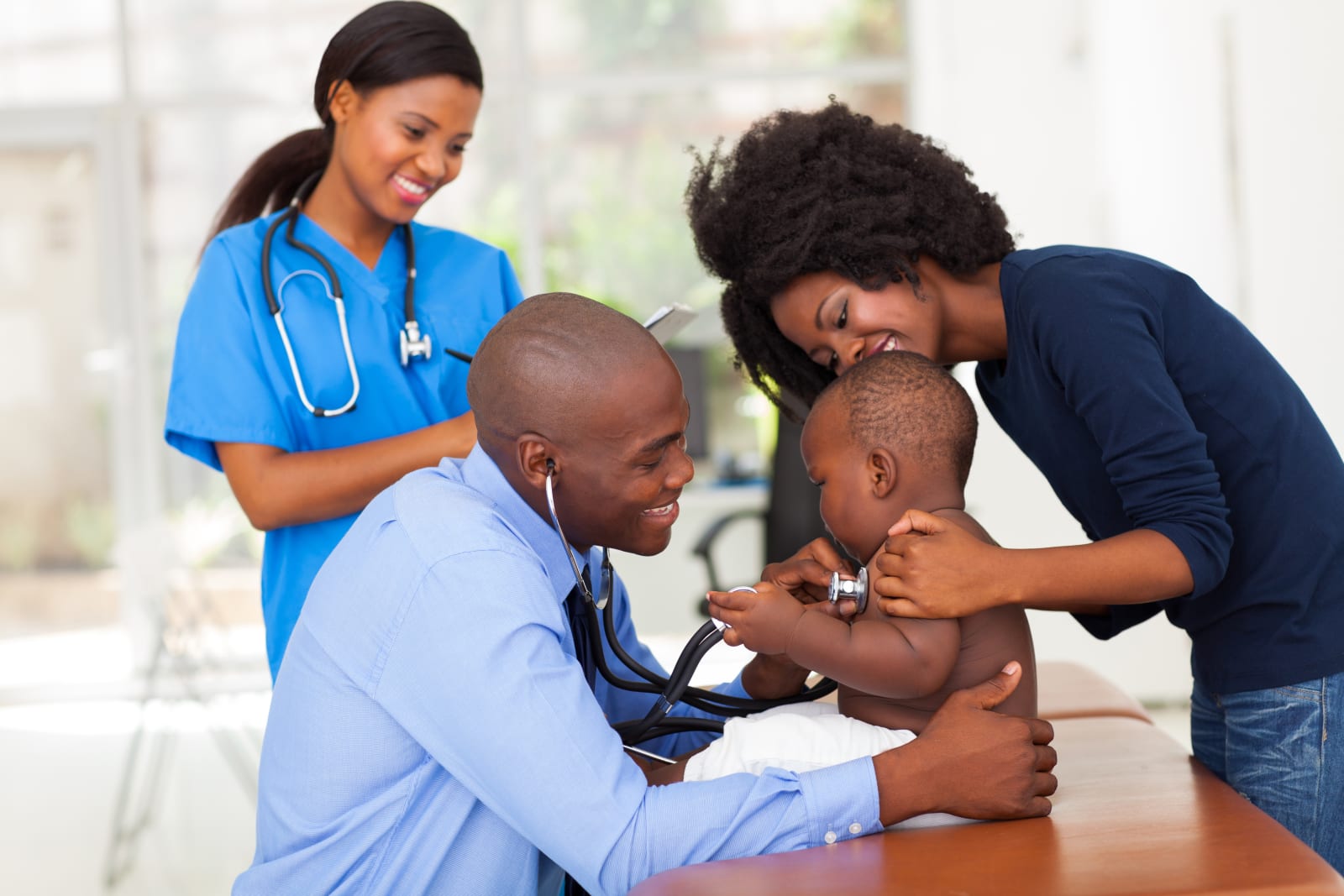 Engadget made contact with AID:Tech and asked how the organization was handling the privacy of its recipients, particularly in the case of the pregnant Tanzanian women. Mr. Thompson responded via email, saying:

“A key feature of the AID:Tech platform is that we’ve created a complete separation of private data, held on a traditional Structured Query Language (SQL) database that is encrypted and not accessible by the blockchain. The blockchain data itself holds identities in the form of anonymous, unique identifiers linked to other items that are associated to the identity, such as medical records, prescription drugs, tests or entitlements.

This enables the anonymous analyses of trends and patterns in the treatment provided and drugs administered by practitioners without compromising the identity of the mothers.”

It is good news for a change if blockchain can solve charity fraud. It might even be nice to apply that kind of accountability to certain organizations, like ones that rhyme with “rump.”

We do hope the privacy issue doesn’t resurface negatively in the future for AID:Tech’s people in need, though it’s hard to be optimistic these days about anything privacy and tech related, let alone any confluence of blockchain and positive effect on the world. Because at least at this stage, it seems like AID:Tech is actually doing something positive with something excreted from this harrowing, casualty-laden tech gold rush. Even if it sounds as weird as blockchain babies.

Though it could be said that if one wanted to avoid putting more babies on ledgers, one thing we’ve gleaned is that the purest form of birth control is just talking about blockchain. Avoiding crypto-toddlers, however, is a whole different problem.