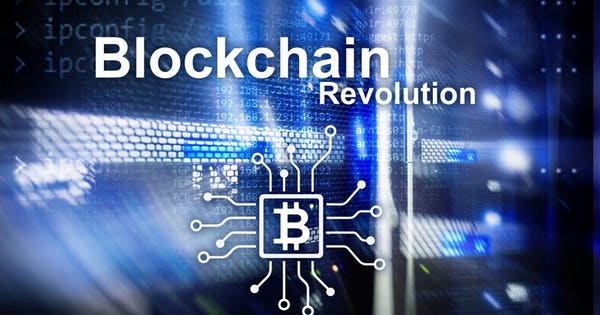 In 2019 community is more important for the blockchain than ever before.Getty

The headlines aren’t good, as crypto falls so does perception of the blockchain, the foundation of such currencies. The general reaction is one of distrust but still new blockchain based ideas spring forth. “We just need to get the public behind us” you hear them say.

There might be an uphill battle on the cards when it comes to gaining back the trust of the mainstream, but the current landscape of blockchain communities looks to be building a solid foundation. Here’s why:

Finding a place to fit in

While blockchain has superfans, those communities primarily live within themselves. After all, most successful cryptocurrency or blockchain startups have had an effective community of evangelists that not only believed in their project but were actively engaged in promoting it too. The drawback here, however, is that a lot of the crypto community live in Telegram channels, Discord groups, forums, and subreddits– places that can become echo-chambers of the same talk. Identifying and developing a community that could breach the mainstream has become the golden formula every startup is looking for.

What’s made community development for blockchain companies so difficult has been figuring out what mediums they’re allowed to use, as well as for what purpose. For example, as noted by Fool back in March, 10 out 11 of the most popular social media platforms had banned advertising for a variety of crypto and ICO projects; mainly due to fraud reasons.

In response, the crypto community returned back to its apps and forum to device strategies on how to build an audience on social based upon thought leadership, relevant news, and even educational content. By doing things the old-fashioned way (recommendations count for a lot in the human psyche) what became crypto’s biggest weakness is now being turned into its biggest strength.

If you can’t beat em’

Despite all the bad actors that came from the early stages of social promotion for crypto companies, the surge in active engagement on new platforms was something internet communities hadn’t seen for a long time. In fact, as noted by Business of Apps in 2017, Telegram was seeing an average of over 220,000 new signups per day, a significant level of users of which were coming for crypto groups. While a lot of people flocked specifically to Telegram due to its privacy, the idea of having a more intimate platform where people who were serious about the blockchain seemed ideal. However, to maintain the cycle they eventually had to get unconventional with their practices to try and recruit on more mainstream platforms such as Twitter and Instagram.

With advertising banned for the majority of platforms, a lot of blockchain companies had to start getting crafty with their paid efforts. They circumnavigated by using engagement tools to gain likes and followers. Buying likes from platforms such as Magic Social or Instagress was one way of getting around it but retaining that engagement was then the name of the game, using their own team’s community managers to keep the conversation going.

According to PWC, in a survey of 600 executives across different sectors of business, 84 percent stated they’ve invested in the blockchain, with 27 percent of respondents stating they believed regulation would be the largest hurdle. When we look at why this is the case, it comes down to a few different factors, including uncertainty for investors/buyers/developers, the language used in adoption, and of course, how crypto companies are able to fundraise. The silver lining? A little regulation might be the best thing to happen to the sector.

As consumers start to understand the industry better and are bolstered by its regulations, more are willing to buy in. Although you just have to hope that the decentralized army doesn’t sell up– the strength of the blockchain community is only really based upon the number of people who are following the project.

Investing in the next wave

Even though 2018 was a rocky year for main street crypto investors, the overall industry has been relatively stable. A fact that was noted by Cointelegraph in October, as venture capital investments in blockchain startups soared by 280 percent since 2017, showing that traditional investment in the sector isn’t slowing down.

It seems as though we are all still chasing that next monster crypto-wave.

Final thought? Even though blockchain might not be seeing the massive influxes of 2017 the industry is still on a steady incline, a narrative that needs to be pushed through blockchain communities if mainstream opportunities are to arise in 2019.