May 09, 2021
Trending
Home Coinbase Coinbase, Binance, Goldman, And Other Big Crypto Players Met Behind Closed Doors To Discuss The Future Of… – Invest In Blockchain

Following Bitcoin’s lows in December, veteran trader Hoe Lon Leng reportedly orchestrated a meeting with 2 dozen of the crypto market’s biggest players, ranging from the likes of Coinbase, Binance, Goldman, Galaxy Digital, and others, to discuss the future of crypto.

As reported by Bloomberg, the meeting was held on a luxury resort on Singapore’s Sentosa Island on January 20, where the highly influential individuals brainstormed ways to make cryptocurrencies a part of the world’s financial infrastructure. 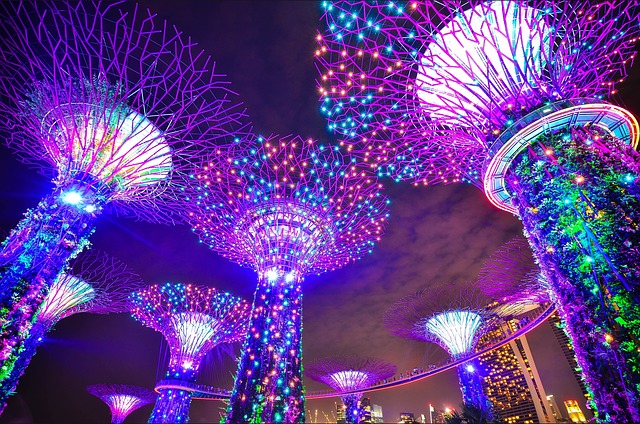 Establishing a Framework for Crypto Derivatives

Per the report, an important goal of the meeting was to create the framework for an orderly market in crypto derivatives, which is part of every new asset class’s road to acceptance.

Commenting on this goal is Simon Nursey, one of Leng’s former colleagues who attended the meeting,

“We see this as getting the crypto market into shape in order to absorb the entry of traditional finance firms. We are witnessing the emergence of a new asset class.”

The crypto derivatives focused on at the meeting are called private bilateral derivatives, otherwise known as over-the-counter (OTC) contracts. These OTC contracts are different from Bitcoin futures, as futures contracts are managed by regulated companies like CME Group.

As for OTC contracts and options, they are not standardized, and they expose traders to credit risk from their counterparts.

Crypto Derivatives Are a Huge Deal

The meeting focused on establishing a framework for crypto derivatives they represent a trillion-dollar market, just waiting to be tapped into.

Currently, crypto derivatives trading is estimated to account for $750 million per month across swaps and options contracts. That’s a fraction of what the interest-rate derivatives market can offer, which sees trillions of dollars traded on a weekly basis.

The First Clearinghouse for Crypto Derivatives

The outcome of the Singapore meeting was the birth of the first clearinghouse for crypto derivatives known as Liquidity Offset Network, which is poised to increase trading volume and reduce trading costs.

The clearinghouse is said to be operational and regulated by the Singapore Monetary Authority in July 2019. This is according to Nursey, who also said he’s financing the network along with a silent partner.

While the establishment of the first clearinghouse for crypto derivatives is a big deal and a step in the right direction for making crypto a viable financial asset class, Nursey says that an accepted guide of trading conventions would significantly help the industry for institutional investors and Wall Street banks to join.

“Due to weak regulatory oversight in Asia, it will be challenging for initiatives of this kind to have an industrywide impact. Similar efforts in the U.S. have the opportunity to work with more progressive regulators, which may be the deciding factor in what sets the global standards and legal framework of the future.”

All in all, the meeting held in Singapore could potentially turn out to be a turning point in the crypto industry that impacts the markets in a big way by establishing the crypto derivatives market.

Do you think OTC derivatives on Bitcoin, Ethereum, and other cryptos will grow rapidly? Will this meeting turn out to be one of the most important events in crypto’s history? Let us know what you think in the comment section below.