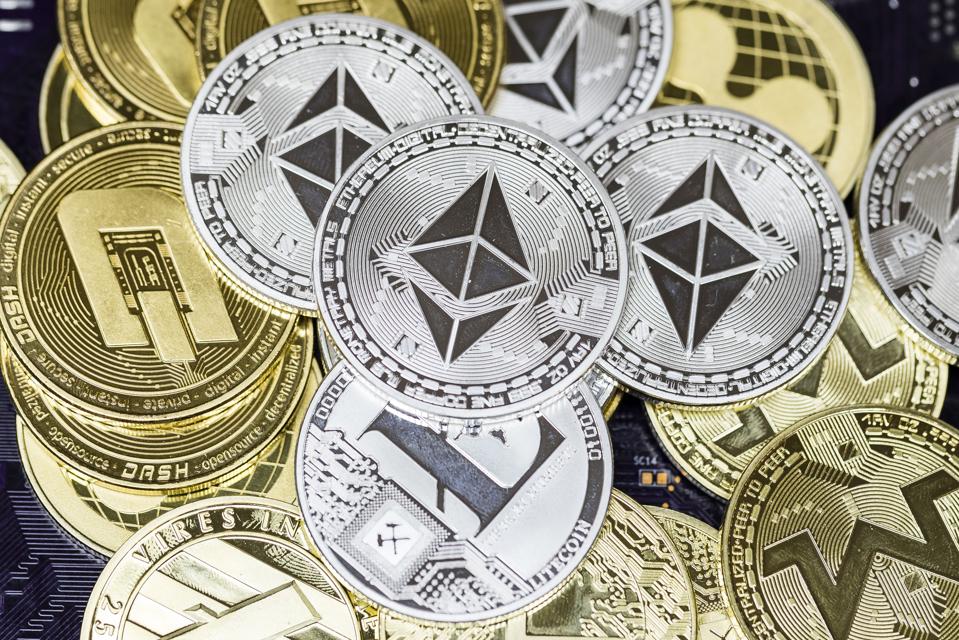 There are more than 1,600 cryptocurrencies in circulation today, with a combined market cap of over $289 billion, according to CoinMarketCap data. Investors around the world are eager to trade in this rapidly-growing space, and a slew of cryptocurrency platforms have emerged to meet the need for infrastructure to support the exchange of digital currencies.

Some exchanges work better for less experienced traders and retail investors, while some are better for institutions or full-time traders.

The law governing these exchanges vary widely based on location and the type of services each exchange offers. Some exchanges are unregulated, some are not available to customers in certain countries, and all are vulnerable to an ever-changing regulatory environment. After China’s crackdown on cryptocurrency in November 2017, Chinese exchanges were forced to move their operations elsewhere or shut down completely. Other exchanges recently suspended service to Japanese customers following new guidelines issued by the Japanese Financial Services Agency.

So far, there are more than 200 cryptocurrency exchanges that support active trading, and the combined 24-hour trade volume of the top ten is more than $6.5 billion.

Below, take a closer look at some of the major exchanges operating today.

Founded in 2012, Coinbase is a wallet, an exchange, and a set of tools for merchants, all built on the same platform. Users can buy, sell, store, and trade tokens, and Coinbase partners with companies like Expedia, Overstock.com, and Dish who want to accept bitcoin payments.

Coinbase was one of the first exchanges to find mainstream popularity in the United States. It was also the first cryptocurrency startup to attain “unicorn” status (a valuation of more than $1 billion). The platform is easy to use and popular with beginners, and it now has more than 20 million accounts. Coinbase’s sister platform, GDAX, is intended for more advanced traders. GDAX will become Coinbase Pro later this month.

In June, the company announced plans to enter the Japanese crypto market, and it recently acquired Keystone Capital in a bid to become an SEC-regulated broker-dealer. In May, Coinbase also announced that it had acquired Paradex, a decentralized exchange platform that allows users to trade tokens directly between their wallets without the assistance of a third party. The company plans to offer this service to international users before making it available to US customers.

Regulation: Licensed to engage in money transmission in most US jurisdictions. Registered as a Money Services Business with FinCEN.

BitMEX is the Bitcoin Mercantile Exchange, a platform intended for dedicated traders rather than retail investors. It consistently processes over $2 billion in transactions in a 24-hour period. The platform offers very high leverage on trades, up to 100x.

BitMEX is unique in that it offers leveraged contracts (futures contracts and perpetual contracts) that are bought and sold using bitcoin rather than direct ownership of coins themselves. This means that even if users trade in altcoins, all profits and losses will be in realized in bitcoin. BitMEX does not handle fiat currency and is not available to customers in the United States.

Regulation: Registered in the Republic of Seychelles. Little regulation.

Launched just last year by Changpeng ” CZ” Zhao, Binance has quickly become one of the world’s largest crypto exchanges. After moving its offices out of China and its servers offshore, Binance now supports more than 130 coins and consistently processes over $1 billion in transaction value over a 24-hour period. It has both beginner and advanced trading modes, and while users are not currently able to exchange fiat currency for coins, news reports indicate that a separate but affiliated fiat-to-cryptocurrency platform, based in Malta, is in the works.

Binance also supports its own token, the Binancecoin (BNB). Users who hold BNB in their wallets on the platform can receive a discount on fees when they use BNB. The coin’s market cap currently stands at more than $1.7 trillion, according to Coinmarketcap data.

Regulation: Little regulation. Has been warned by regulators in Japan and Hong Kong.

OKEx, based in Hong Kong and helmed by CEO Chris Lee, is a robust trading platform with access to 145 coins. The exchange announced in May that it will expand to Malta, citing the country’s “comprehensive blockchain initiatives.”

The platform also issues its own token, the OKB, which gives users a discount on trading fees, voting rights in the company, and other premium services like fiat trading and margin trading for verified traders. The exchange also manages trades of about $1.5 billion worth of Bitcoin futures daily, according to its website.

Regulation: Not governed by U.S. entity. Will be subject to Maltese regulations following upcoming move.

Huobi was founded in China in 2013 by Leon Li and is now headquartered in Singapore with offices in the United States, Japan, Korea, and Hong Kong. It is not available to US users due to regulatory uncertainty.

There are several versions of Huobi; the Huobi OTC platform allows consumers to trade fiat currency for digital tokens, while Huobi Pro offers an exchange platform that supports more advanced trading between cryptocurrencies.

Regulation: Registered in the Republic of Seychelles. Little regulation.

Bitfinex, founded in 2012 and headquartered in Hong Kong, is also unavailable to US customers due to an uncertain regulatory environment. It has also been the subject of widespread scrutiny in recent months thanks to a high-profile hack and price-manipulation scandal.

In 2016, Bitfinex lost more than $70 million in bitcoin after the exchange was compromised by hackers. And late last year, Bitfinex and Tether, a stablecoin pegged to the US dollar, were subpoenaed by the SEC amid speculation that the reserve funds that were said to support the Tether stablecoin did not exist. Bitfinex and Tether shared the same CEO at the time, according to a Bloomberg report. A research paper released this month suggests that Tether was used to manipulate the price of Bitcoin on the Bitfinex exchange.

Bitfinex users are not required to verify their identities before trading cryptocurrencies, but they must do so to deposit or withdraw fiat currencies.

Based in Seoul, Bithumb was founded in 2013 and is today one of the top cryptocurrency exchanges in South Korea. Bithumb is a fiat-to-crypto exchange, and does not support crypto-to-crypto trades. The exchange only accepts local users who must use the South Korean Won for transactions.

On Wednesday, June 20, Bithumb confirmed that hackers had stolen around $31 million in cryptocurrency from the exchange. According to a Coinbase report, the XRP currency was targeted. Bithumb has confirmed that it will pay back customers using its own reserves.

Along with several other Korean exchanges, Bithumb was raided by the Korean government in January for alleged tax evasion, according to Reuters. At the time, the government had announced plans to ban cryptocurrency trading, which it has since walked back.

UPbit is another top South Korean exchange. It was formed through a partnership between Kakao Corp., the Korean mobile and internet giant, and Bittrex, a US-based crypto trading platform, and launched in late 2017. The exchange is only open to Korean users.

News reports in May indicated that UPbit was under investigation by the South Korean police for alleged fraud. According to Coindesk, UPbit was suspected of selling cryptocurrency that it did not hold to customers. The exchange’s activities have not been affected by the investigation.

HitBTC launched in 2013 and is currently based in Hong Kong. It bills itself as the “most advanced cryptocurrency exchange,” and offers features like a rebate system for market makers and an advanced matching algorithm.

Users cannot trade with fiat currency nor connect a bank account, but they are able to purchase bitcoin on the platform using a credit card.

On June 3, HiTBTC announced that it would suspend trading services for residents of Japan in response to regulatory changes by the Japanese Financial Services Agency. The exchange said it is in the process of establishing a licensed subsidiary in the Japan.

ZB.COM, registered in Samoa and focused on the Chinese market, launched in November of 2017.

Users must verify their identity in order to trade on the platform, and those who invite their friends to complete successful trades save 10% on transaction fees. Users who pay the transaction fee with ZB, the exchange’s own coin, receive a discount.

The trading platform has both simple and advanced interfaces and its website is available in both English and Chinese.

Regulation: Not regulated. Registered in Samoa.

Bit-Z was founded in 2016 and has offices in Hong Kong, Beijing, and Singapore. It caters to Chinese customers. According to CoinMarketCap, the exchange hosts 105 active markets. Bit-Z’s native token is the DKKT. As of June 19, the top token trading on Bit-Z was APIS.

This Chinese exchange launched in 2017 and quickly grew. In less than a year’s time, Bibox is consistently on the list of top exchanges by 24-hour trading volume. The exchange supports five base currencies: BTC, ETH, USDT, DAI, and BIX. It has established operation centers in Estonia, the United States, Canada, Mainland China, Hong Kong and Japan.

The platform’s native token is the BIX, which was available for purchase during Bibox’s ICO in October 2017. Users who pay fees with BIX get a 50% discount.

On the Kraken platform, users can deposit and withdraw funds using several fiat currencies, including the Euro, US Dollar, the British Pound, the Yen, and the Canadian dollar. An account must be verified before a user can begin trading. Founded in 2011, Kraken is one of the earliest American cryptocurrency exchanges.

Kraken offers proof-of-reserves audits and is a partner in the first cryptocurrency bank.

Following the massive hack of the Toyko-based exchange MtGox, Kraken was appointed to assist in the investigation into the missing bitcoins, receiving claims, and distributing assets to creditors.

Regulations: In April, Kraken’s CEO Jesse Powell made headlines when he publicly refused to comply with an inquiry sent to 13 cryptocurrency exchanges by the New York Attorney General. The company has stated that it remains committed to working with regulators.

GDAX (Global Digital Asset Exchange) is the advanced trading platform managed by Coinbase. While the Coinbase platform is intended for newcomers to cryptocurrency and retail investors, GDAX is built to handle the needs of more serious traders. It is backed by the New York Stock Exchange, Andreessen Horowitz, and Union Square Ventures, among other investors.

Users can instantly transfer funds between their Coinbase and GDAX accounts, and GDAX fully insures all coins held in online storage up to a value of $250,000 per customer.

At the end of June, GDAX will become Coinbase Pro and the GDAX name will be retired.

Regulation: Bitlicense from the New York Department of Financial Services.

Gemini is the trading platform developed by venture capitalists Cameron and Tyler Winklevoss. It launched in 2015 and now provides services to customers in the United States, Europe, and Asia. Both individual investors and institutions can use the platform.

The exchange has a relatively small selection of coins but is known for its commitment to cooperating with regulators. As such, it does not offer short selling or trading on margin. The exchange holds US Dollar deposits in FDIC-insured banks. Digital assets are held in a trust on the customer’s behalf.

For more of the 2018 Mid-Year Investment and Tax Guide, click here.