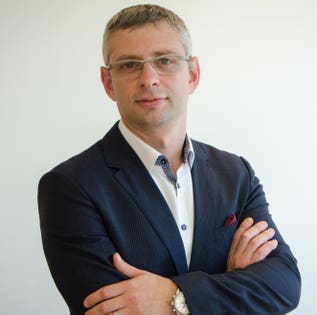 These are the show notes for an episode of the Unchained podcast featuring the cryptocurrency Beam. Listen to the episode on Unchainedpodcast.com, or on Apple Podcasts, Spotify, Google Play, Pandora, Soundcloud, TuneIn, iHeart, Overcast, Stitcher, and many other platforms.

When Bitcoin first came on the scene, many people mistakenly thought it was an anonymous cryptocurrency. Unfortunately, criminals learned the hard way that it was easily traceable.

Several privacy coins have since come on the scene, enabling people to transact without leaving their financial fingerprints on a blockchain, but many of them require a lot of computational resources.

Enter a new protocol, Mimblewimble, described last week here, which has a way of creating confidential transactions that take less computer power, thus making it easier to, potentially, someday have many more people using coins built on it.

Beam is one of the two coins being built using Mimblewimble technology (the other is Grin, featured last week). While Grin has taken the approach of development by donation, Beam is going the traditional VC-backed startup route. It is also making a clear effort to target business.

“We all believe a currency must be confidential,” said Beam CEO Alexander Zaidelson on my podcast, Unchained. “If we want something to be used as a monetary instrument, confidentiality is of paramount importance, because nobody likes for their finances to be exposed — not private people, and definitely not businesses.”

Since its launch in January, Beam has mainly been used by crypto enthusiasts, miners and traders, but Zaidelson wants “to push Beam as a means of payment for various services starting from privacy-oriented stuff like VPNs and eventually more. We’re now working on integrations with payment processors so that merchants can start accepting Beam.”

While he acknowledged that crypto generally is not used much for payments, he said, “Later down the road, we also want to be able to enable businesses to accept confidential currency and eventually be able to pass AML tests for that currency if they desire to do so. So the bigger long-term vision is to create a layer that is the best confidential cryptocurrency, but then allow more layers for people that want that to create some history to also pass AML and present audit.”

When asked why a business would want to use a cryptocurrency with a fluctuating value rather than a stablecoin (a coin whose value is pegged to, say, the U.S. dollar), he said, “That’s one of the bigger problems in the crypto space, one of the things that’s hurting adoption. Beam is now a cryptocurrency, but the next step in development is turning Beam into a platform, by enabling people to issue other kinds of tokens on the platform, and some of those tokens could be stable coins.”

For instance,  he explained, with a bridge to Ethereum, someone could take a stablecoin from Ethereum, say, Dai, a stablecoin that aims to be pegged to the dollar (but doesn’t always succeed), connect it to Beam in a way that would enable them to transact with what is now essentially a private stablecoin, and afterward, release whatever Dai they have remaining back to Ethereum.

If that sounds confusing, listen to Zaidelson’s full explanation on this episode of Unchained, where we also discuss what new features are coming to Beam, how it will be governed, and the two security issues they had after launch — one with their wallet and one with their blockchain.