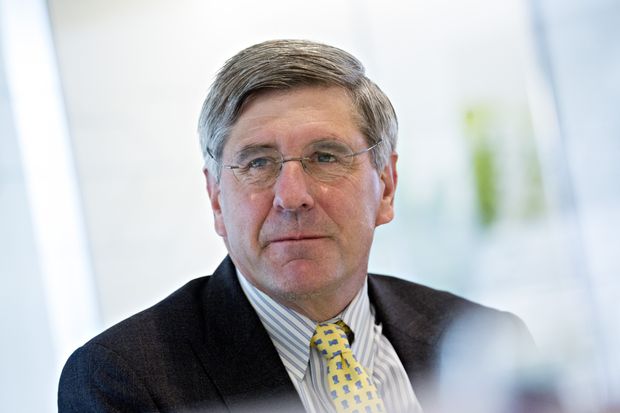 Stephen Moore withdrew last month from consideration for a position on the Federal Reserve Board.

Pundit Stephen Moorewithdrew last month from consideration for a position on the Federal Reserve Board. Now he is joining a group that wants to “perform Fed-like duties,” but not for traditional money. He will, according to Fox Business, join Decentral, which aspires to be “the world’s decentralized central bank,” performing a stabilizing role for cryptocurrency.

This raises a few questions. Bitcoin, the most valuable cryptocurrency, is hugely volatile in dollar terms, but its supply is famously limited by design. Its appeal lies in the lack of a central bank.

But supposing Mr. Moore’s outfit were able to stabilize values, would it be hawkish or dovish? Back when Barack Obama sat in the White House, Mr. Moore decried the Fed’s “easy money policy” as the recipe for the next crisis and advocated a return to the gold standard. When he was hoping to be nominated by Donald Trump, though, he advocated cutting rates by half.

Crypto investors eager to see their purchasing power maintained would prefer the 2015 version of Stephen Moore.

Write to Spencer Jakab at spencer.jakab@wsj.com