It’s 1st April, and many readers fell prey to gimmicks that are part and parcel of April Fools’ Day. News publications and crypto proponents were at the forefront of this cruelty, fooling several gullible people today. However, there were some truly hilarious April Fools’ posts that tickled our funny bones.

Ethereum’s Vitalik Buterin and Tron’s Justin Sun have been having a ‘lover’s tiff’ for quite a while now. Buterin, in the spirit of April Fools’ day, uploaded a picture that grabbed many eyeballs. 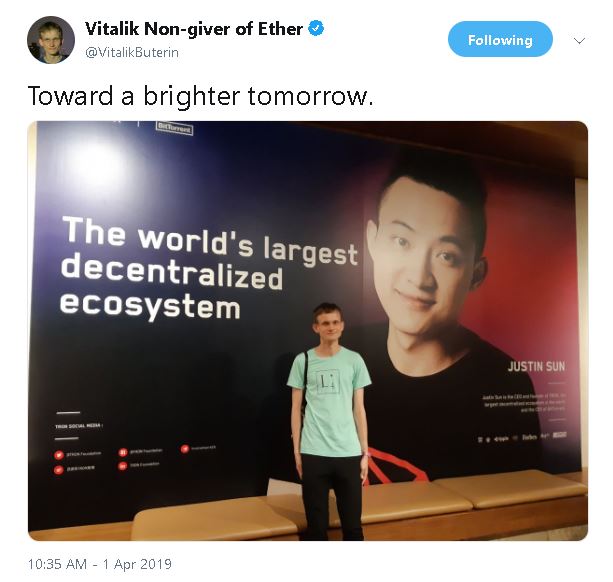 Justin Sun won the game however, declaring his love for the ‘Non-giver of Ether.’

A news publication married cryptocurrency and the Marvel Universe, when it announced that Wakanda had declared BTC as its national reserve currency.

The publication in question thanked OKEx, Stark Industries and Marvel, with the former obliging by confirming the “news”.

Many hearts skipped a beat after reading this “news.” However, it was just another April Fools’ Day prank. Wait until you read SEC Chairman Jay Clayton’s remarks.

This post claimed that Satoshi Nakamoto, the creator of Bitcoin, had returned to claim that he was not Craig Wright.

This leaves us with the age-old question – Who’s Satoshi now?

Craig Wright, the Bitcoin SV proponent, is a popular target for April Fools’ Day jokes. Steven Diep took Wright, and made a very alarming announcement to the cryptosphere. 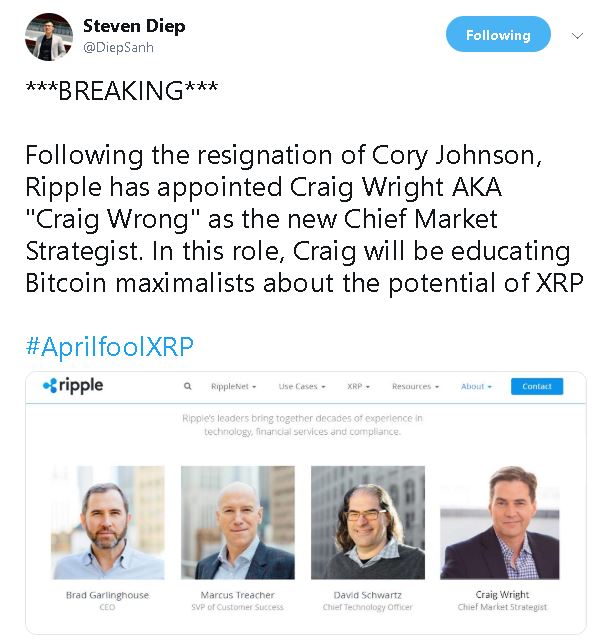