January 21, 2021
Trending
Home Ethereum Vitalik Buterin Discloses How Much ETH He and The Ethereum Foundation Hodl The day has finally come. Now curious people from all over the world can know exactly how much money Vitalik Buterin has (or at least get close enough to that amount).

Replying to a series of defamatory tweets published by NYU Economist Nouriel Roubini, accusing him of being a scammer, the creator of Ethereum explained how much he possesses and where the funds come from.

Roubini is a well-known economist with a very anti-crypto ideology. Nouriel earned his alias, Dr. Doom, after predicting the financial crisis of 2008.

Roubini published a tweet implying that Vitalik Buterin was a criminal who stole ¾ of all available Ether, becoming an “instant billionaire.”

To this accusation, Buterin replied saying that his net worth has never touched the billion dollars; thus Roubini would be lying.

He also commented that since there are no laws prohibiting pre-mining, it was irresponsible for Roubini to call him a criminal. Likewise, if the public knows that the currency is pre-mined, the ecosystem does not take the project as a scam. In fact, today many cryptocurrencies have such characteristics:

I never personally held more than ~0.9% of all ETH, and my net worth never came close to $1b. Also, I'm pretty sure there are no criminal laws against pre-mining.

Much had been speculated about the fortune of Vitalik Buterin; however, the popular character had never spoken accurately about his net worth.

Evidently, his tweet generated plenty of comments from the community eager to satisfy its curiosity. The user @devilninja777 was skeptic noting that Vitalik did not disclose the funds of the Ethereum Foundation (which he can also manage even if it is not legally his personal fortune). To this Vitalik responded:

The Ethereum Foundation only ever owned ~3m, and now has ~660k; the rest was spent on development.

Also, to clarify doubts he explained that he did not had most of his ETH when the crypto reached its historical peak, so calculations using this basis will always be wrong:

A Good Thing for Crypto Fans

Vitalik Buterin has always been active in social media, and his ability to quickly respond to controversial situations has given him an air of credibility in the crypto verse.

The transparency with which Vitalik replied and the fact that even in “Challenging Times” he is a bullish ETH Hodler, can have a positive impact on the community.

At this moment Ethereum has a price of 198 USD according to coinmarketcap. Its peak was about over 1.3K USD back in 2017 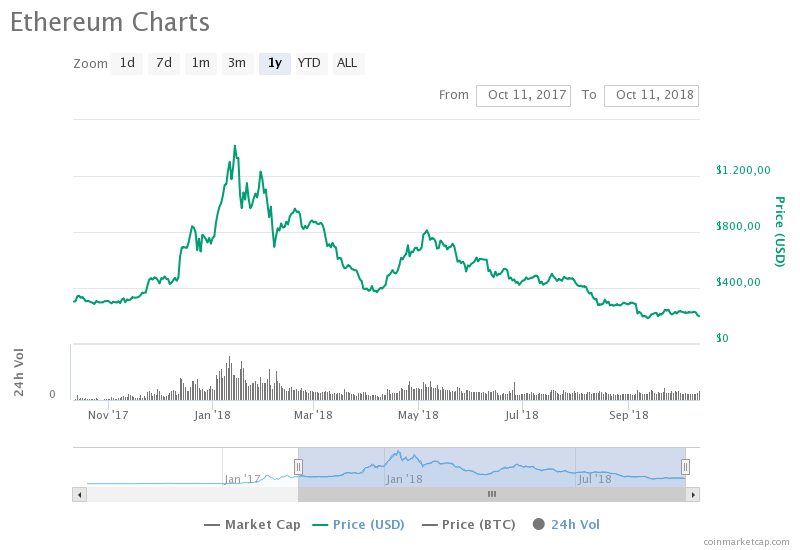