After maintaining largely stagnant price movement, the collective crypto-market seems to be enjoying a massive run, at press time. Following the news about Bitcoin crossing the $6,000-market, almost all altcoins witnessed a sharp turn of events as the market momentum reversed and pushed the coins by significant amounts to break immediate resistances.

At press time, the top three altcoins painted green were Bitcoin Cash, Litecoin and EOS as they managed to surge by over 5% within a matter of minutes as they followed Bitcoin’s price movement. 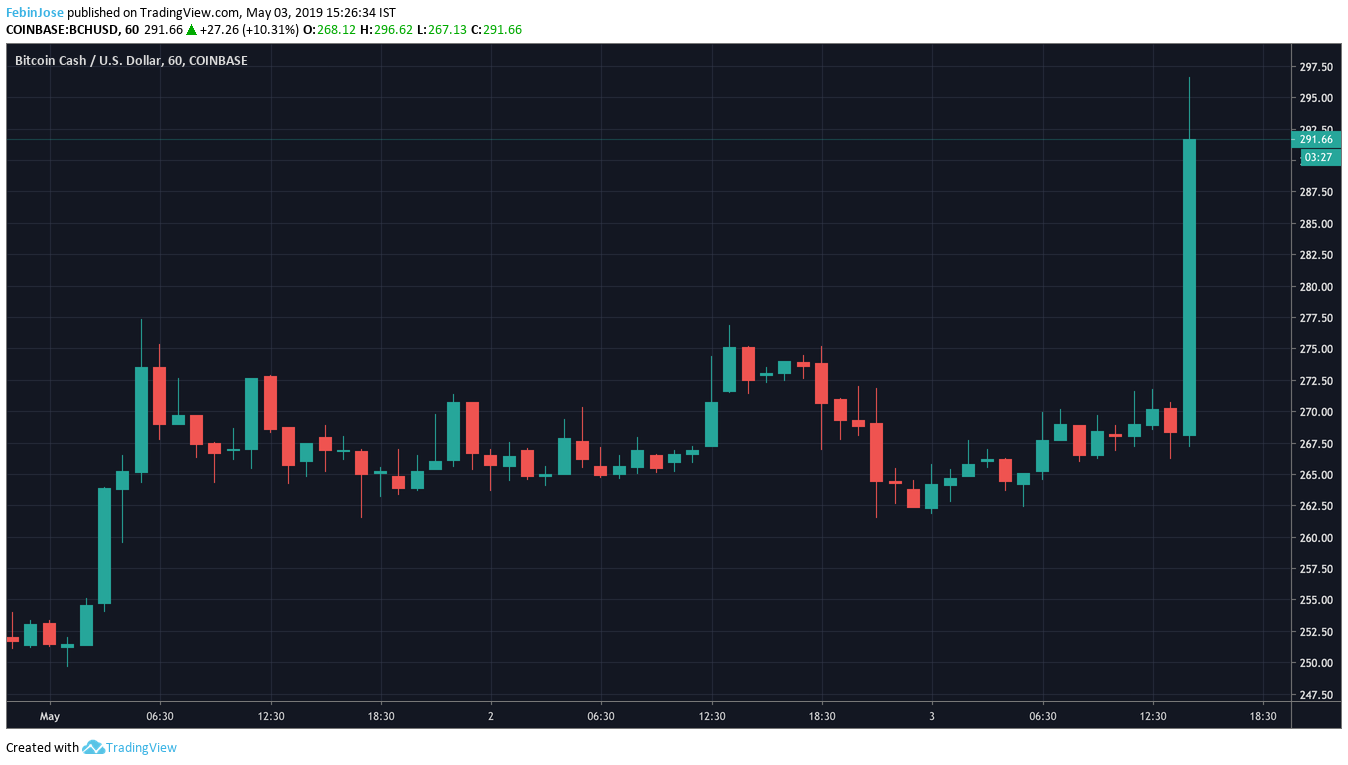 Bitcoin Cash, the fourth largest cryptocurrency on CoinMarketCap, was seeing a massive surge of 8.20%, at press time. Following the surge, the coin was valued at $295.43, with a market cap of $5.24 billion. The Bitcoin hard fork registered a 24-hour trading volume of $1.96 billion and was up by 6.54% over the past day. With the surge, the coin seems to have left bears behind and was up by 10.70% over the week. 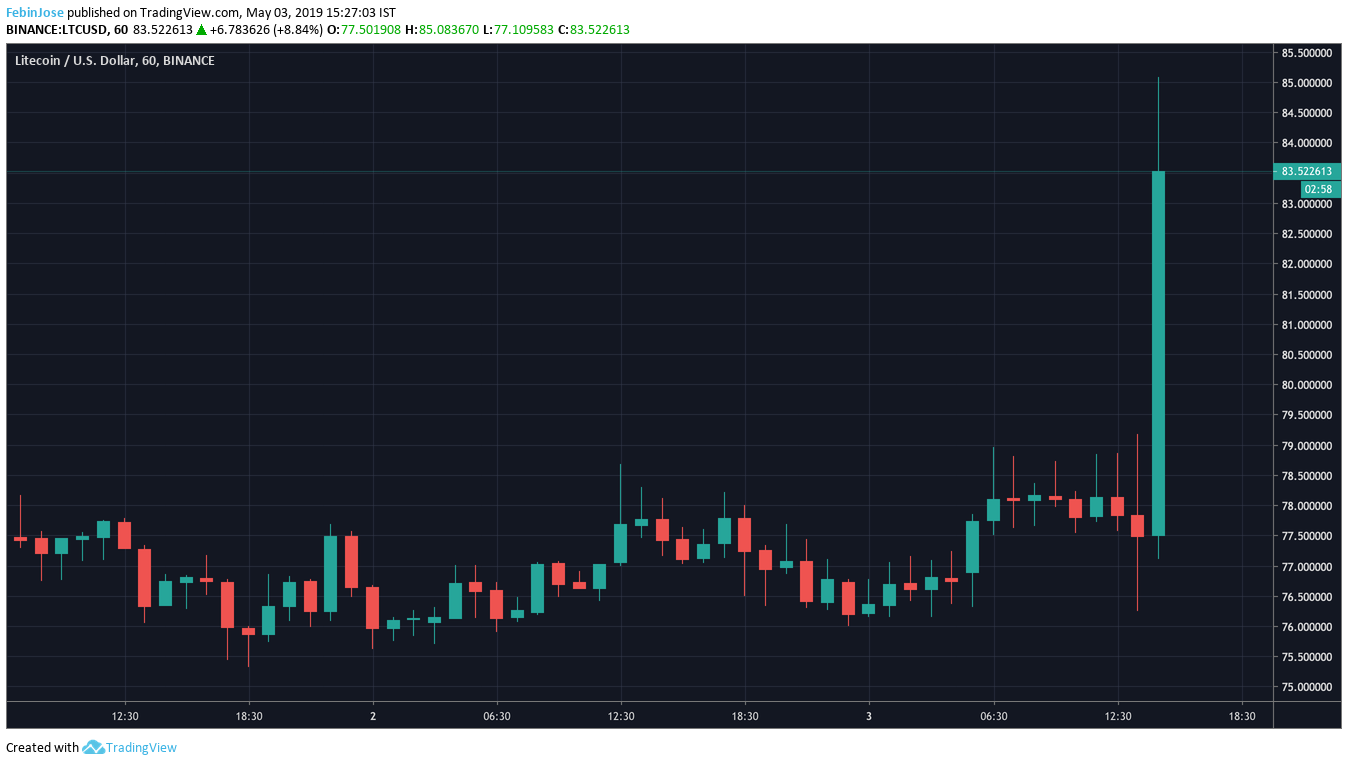 Litecoin, following BCH closely, was hiking by 7%, at press time. The fifth largest cryptocurrency was moving in tandem with Bitcoin and was valued at $79.95. The silver coin held a market cap of $4.92 billion and registered a 24-hour trading volume of $3.76 billion. The coin held on to its earlier highs and was up by 8% over the day. The coin also followed Bitcoin Cash in abandoning the bear market and was up by 10% over the week. 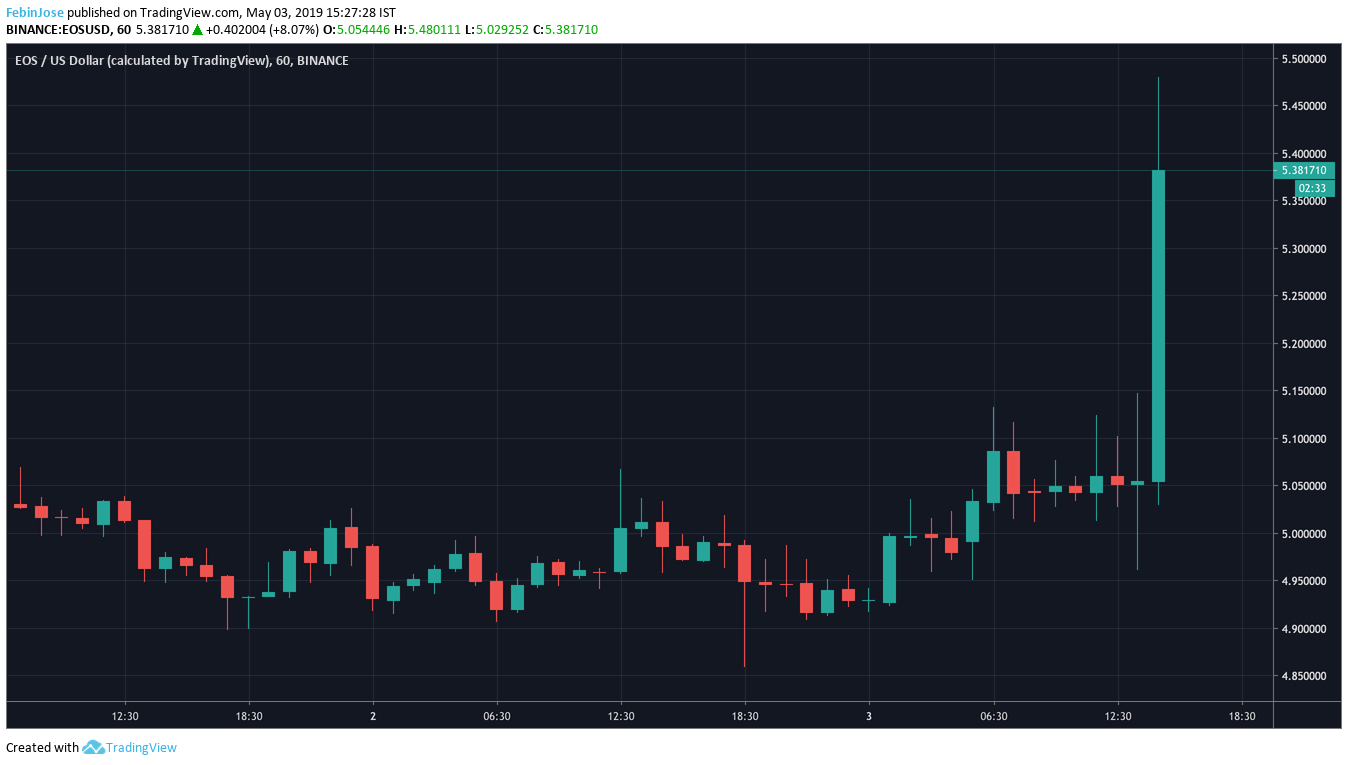 EOS, the sixth largest cryptocurrency, joined the market rally and was up by 6% over the past hour. The token was valued at $5.14 at press time and held a market cap of $4.85 billion. The coin registered a 24-hour trading volume of $2.29 billion and was surging by 7.86% over the past day. Confirming the market’s stance against the bears, EOS was also registering a substantial gain of 10% over the past week.

With this unforeseen rally, it seems as if the bear market has come to an end. Many prominent analysts have also opined confirming this. eToro’s Mati Greenspan tweeted,

So despite the way it looks, my best guess is today’s crypto surge is not being caused by any flight from tether or bitfinex.

More likely this is simply a continuation of the recent bullish shift in sentiment we’ve been tracking.